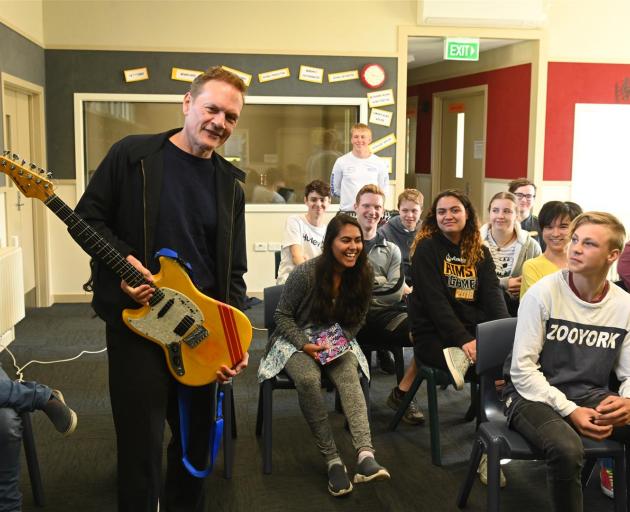 The former college pupil is a member of the New Zealand Music Hall of Fame, and has won legacy and best group and best rock album awards.

College head of music Rion Corlett said the school was selected to be part of the New Zealand Music Commission's mentoring programme in schools this year.

"We are lucky to have Shayne P Carter doing the mentoring.

"Admittedly, they didn't know who he was when I first told them he was coming.

"But after they went and looked him up, they were pretty star-struck.

"At our school, we've got heaps of kids that are really interested in the contemporary rock side of things."

Mr Corlett said the music department was focusing on giving every pupil the opportunity to engage in performance and gain confidence that can transfer to all areas of life.

"The mentoring will be enriching this along with other initiatives the department is setting up for our students."

The New Zealand Music Commission is a Government-funded organisation that promotes music from New Zealand and supports the growth of New Zealand music businesses, both culturally and economically, at home and abroad.