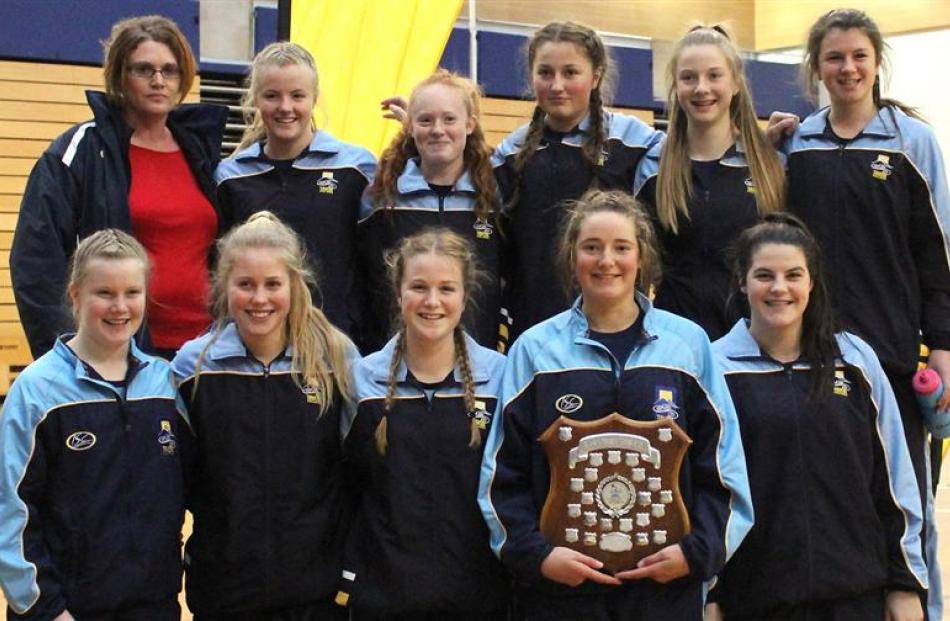 A year after winning the year 9 grade of the Otago secondary schools championships, it won the intermediate title, undefeated, at the Edgar Centre last week.

The Taieri College team had wins against Otago Girls', Queen's High School and St Kevin's College on day one, then Mt Aspiring College and Wakatipu High School to qualify for the final, in which it beat Otago Girls' High School 26-16.

The team has also been doing well in the Dunedin premier secondary schools competition, in which it competes in section one during weekends.

It finished top of the standings after the completion of the first round a fortnight ago, making it the team to beat going into the next stretch of the season.

Taieri College deputy principal Karen Rosevear, who is in charge of netball at the school, said the team had been together for about four years and was continuing from last year, when it became the first side from the South to win a title at the South Island secondary development competition.

It will compete in the development competition again in Christchurch in three weeks, in the intermediate grade.

When asked how she thought the team would fare this time round, Rosevear said: ''They will give it a pretty good nudge.''