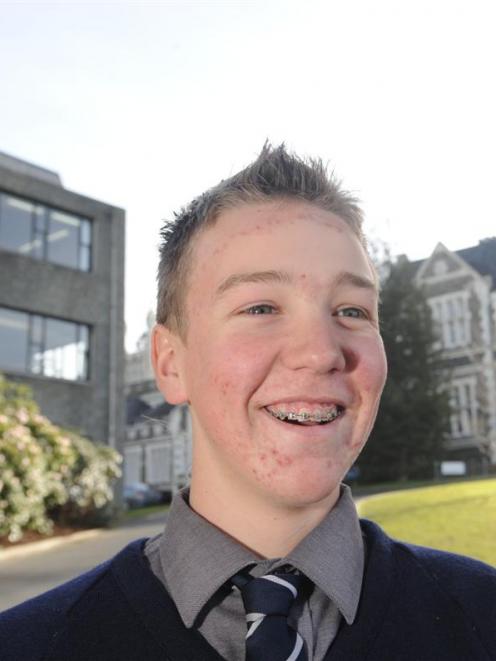 In fact, you may have seen him on his way.

And just two and a-half years after he first started pedalling, he is doing it very quickly.

He has reached speeds on the flat of between 60kmh and 70kmh, and has sustained a speed of 45kmh over 10km on the same surface.

At times, he goes too fast for his own good.

He was flying around the last corner in first place during the South Island championships at Ruapuna Raceway in Christchurch on July 3 when disaster struck.

His speed and line into the corner were not compatible, and so he had to settle for silver after wasting valuable seconds in correcting his "annoying" mistake.

Still, he realises it is all part of a learning curve he hopes to ride towards a professional team based in Europe.

His brother, Alex, is part of Team Isorex, in Belgium.

New Zealand events like the Tour of Wellington and the Tour of Southland are ideal places to stake such a claim, he said.

In the short term, Lachie is focusing on becoming a member of the New Zealand under-17 team that will travel to Australia next year.

Assistant principal Lindy Marr sees something special in Lachie and believes he will go on to represent New Zealand.

"He is a cracking student, a role model, one of those kids you want at your school. His drive for someone his age is incredible."