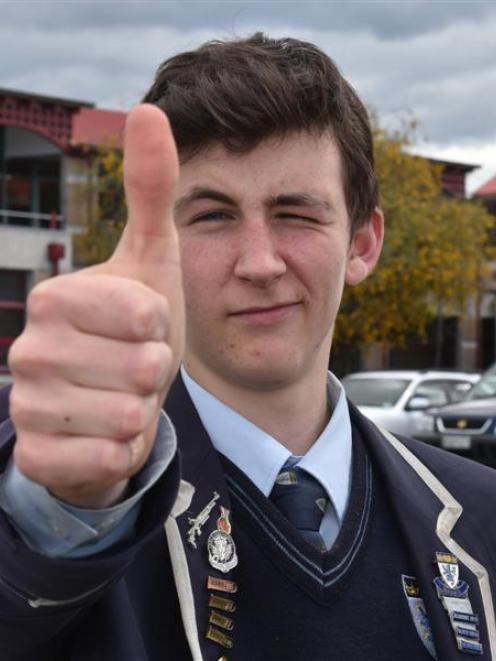 Stevenson, the captain, helped the school's first team finish fifth among 22 schools, not a bad result considering team-mate Nic Brosnahan's rifle had a mechanical failure in the final round.

King's had been four points clear with a round to go, after Stevenson shot a near-perfect 100.7 in the second round.

Stevenson shot 296.17 to earn the best individual shooter award and was named captain of the South Island team for its shoot-off against the North Island.

In addition, Stevenson was named captain of the New Zealand team because of shooting the highest aggregate score of the day, capping a stellar three years in the King's first team.

The year 13 pupil only took up the sport a few years ago, encouraged by a former teacher.

He flourished, helping the team win the national secondary schools postal shoot competition in both his first two years.

Stevenson also shoots for the Arthur Barnett's club, and during winter typically shoots about 100 rounds a week in training and competition.

But he knows if he wants to go further in the sport he needs to take up the outdoor version, shot over 50m rather than 20m.

''Indoor isn't in the Olympics or anything. So I will hopefully move on to outdoor. I haven't really done it before, but hopefully I can pick it up.

''I will just see how I go [this summer]. I really have no idea how far I'm going to go with smallbore.''

Stevenson, who has a part-time job as a kitchenhand at a Dunedin restaurant, plans to take a gap year next year while he decides what he wants to study.