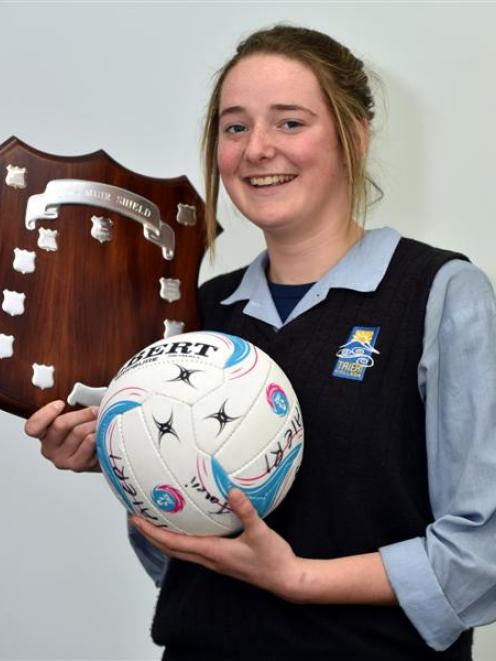 Beattie (14) is a year 10 pupil at Taieri College, and has already won selection in the senior A netball team at the school, having to play against opponents up to four years older than her.

But she is handling the promotion with ease, having helped her side to an impressive third placing in the premier C competition.

Beattie appears to be a bit of an achiever on the netball court, and has been recognised for her talents.

Having played the game since she was 8, she has made the tournament team at the invitational South Island tournament in Christchurch over the past two years.

Considering only 10 players are picked out of about 300, her selection is some accomplishment.

She helped Taieri College to a win in last year's tournament, the first time a team from south of the Waitaki River had won the event.

A goal attack, she said playing in the senior team was great, exposing her to a more physical style.

Her favourite player is Silver Ferns goal attack Maria Tutaia, and she hopes to follow in her footsteps and play for the national side.

She lives on the family's sheep and beef farm in Lee Stream, and is the youngest of five children in her family, one of three sisters.

If she is not shooting the ball through a hoop, Beattie is busy in the summer with touch and volleyball.

She is also a keen horse rider, and has two horses, Maggie and Snip.

''The whole family rides. So alltogether we have about 15 horses,'' she said.

She does eventing, jumping and hunting and rides as often as she can.

But with a blossoming netball career, her time in the saddle may be limited.