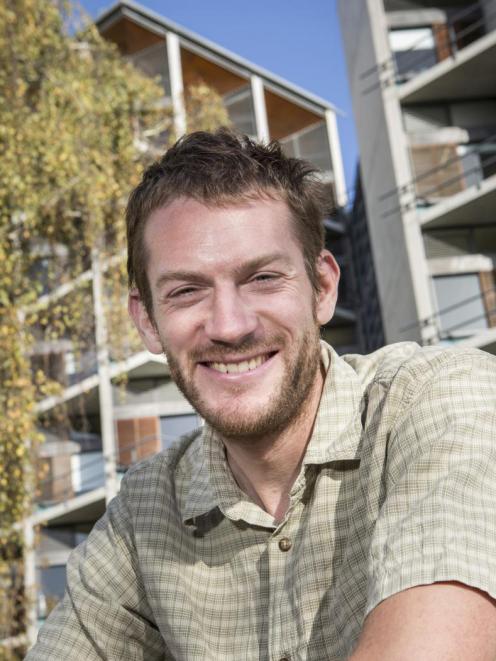 A researcher behind some of the modelling helping the Government fight Covid-19 thinks the rate of new cases needs to drop to almost zero before it is safe to ease restrictions.

After working on new modelling which helped inform the Government’s decision to go to Alert Level 4, Prof Plank told the Otago Daily Times it was "quite possible’’ New Zealand would be under Levels 3 and 4 "for some time until a vaccine is available".

Can New Zealanders expect life to go back to normal after the four weeks of Alert Level 4 and if not, then when?

Even if we can go down to Alert Level 3 in a few weeks’ time, we are all going to have to get used to a new kind of normal.

According to your modelling, how far will case numbers likely need to drop before it is safe to drop the alert level?

Ideally, we would need to be confident there are no cases left out there in the community, which will require a big testing effort and a drop in new case numbers to no more than a handful. We won’t know whether that’s realistically achievable for the next couple of weeks.

And how much would case numbers need to rise before it is a good idea to raise alert levels again?

Again, it’s too soon to say. When the Prime Minister announced we were moving to Level 4 on March 23, we had less than 100 cases. Now, just seven days later, we have 589, and it will be a lot more than that by the time the effects of Level 4 kick in. That gives you an idea how quickly the numbers can go up if left unchecked, so we need to act early to stay ahead of the curve.

Can you briefly explain your paper, what is new about it and the different scenarios it plotted?

We looked at two different ways of tackling the spread of Covid-19. The first is to let the disease to spread, but try to slow it down so it doesn’t overwhelm our hospitals. This is the so-called herd immunity that the UK Government briefly adopted, but has since moved away from. The second approach is to try to eliminate the virus or at least suppress it until a vaccine comes along.

What is the difference in the number of cases and deaths between the different scenarios?

The suppression approach, if it works, could reduce this to a small fraction of what it would otherwise be. But it means tough Level 4 control measures, such as we are seeing, to keep the spread contained.

How is the modelling you are working on being used to inform the Government’s response to the pandemic and decisions on what alert level NZ should be in?

I think the scenarios we looked at helped convince the Government that tough and rapid action was needed to prevent the worst-case scenario. We are working on more detailed models now to look at questions like when and if the Level 4 measures can be relaxed.

What unique attributes about New Zealand make it easier to suppress the epidemic?

Also, being a small island nation in a large ocean means our border is relatively easy to control, allowing us to stop new cases coming in from overseas.

When do you think the number of cases will reach a peak and turn around?

It’s likely to be at least two weeks after we went to Level 4, because there is a lag between people catching the virus and developing symptoms and then getting tested.

The cases being announced today could have caught the virus two weeks ago, before New Zealand introduced any travel restrictions or moved to Alert Level 2.

Based on your modelling, are we likely to see things return to normal after four weeks, or will we likely see more periods of Levels 3 and 4 until a vaccine is developed?

A lot depends how our case numbers track over the next four weeks, which will tell us how effective the border controls and Level 4 measures have been. It’s quite possible we will see Alert Levels 3 and 4 for some time until a vaccine is available.

Based on what you know now, are there things the New Zealand Government and other governments around he world should have done differently?

With the benefit of hindsight, there are always things that could be done differently. But when events are moving so quickly, doing something good now is often better than doing something perfect a week later. I’m proud of our Government’s response so far, it has acted decisively when it needed to.

So far only a few cases have required ICU treatment. Is this a sign that we are finding a high proportion of cases and that contact tracing is working?

That’s definitely one possible explanation. We’re still in the very early stages of the pandemic, where we can do testing and contact tracing for all our suspected cases. But we can’t rule out the possibility that there are still undetected clusters, which is why it’s so important everyone follows the Prime Minister’s advice: behave as if you have Covid-19.

According to the NZ Civil Defence website, we can expect the first wave to last 10 weeks, with a possible second wave 2-3 months later. This would bring us up to June 3 for the end of the lockdown.

Most countries in lockdown, including the UK and US, are likewise modeling on June.

Do not expect to be out of lockdown within 4 weeks from March 25. That was never an honest timeframe, simple modeling by anyone with an understanding of exponential growth can work that out.

Society moves on. Much has been revealed about the volatile, abusive side of New Zealand. They can be the minority, in the New Normal.