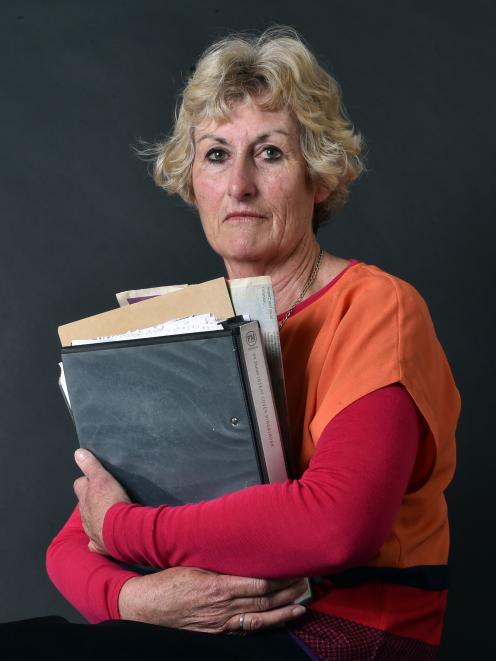 Elspeth McLean
The Government is promising to reform the Official Information Act after criticism it is manipulated for political purposes. Reporter Eileen Goodwin spoke to one of the people who devised the Act nearly four decades ago.

Ministers and officials need to "recommit" to the Official Information Act, but the law itself  need not be changed, Emeritus Prof Sir Ken Keith says. Sir Ken (80), of Wellington, is the only surviving original member of the Danks Committee that laid down the principles of the 1982 law.

It decreed information should be available unless there was good reason to hide it, and it should become progressively more available over time. Sir Ken said the Act fundamentally lived up to its promise, and maintains people forget how secretive things were before.

But there had been some "bad slippage", he said, and officials needed to re-focus on the principles and purpose of the law.

Set up in the aftermath of an inquiry into the SIS, its focus initially was national security documents, but the principles established by the 1981 committee applied to the whole state sector.

Demands for more openness around the Muldoon government’s Think Big energy projects was another factor. A central plank laid down by the committee was that information fundamentally belonged to the people rather than the state.

Committee chairman Robin Williams, then chairman of the State Services Commission, knew he was making life difficult for officials, but pushed to make them accountable.

The late Dr Williams, a mathematician who had worked on the Manhattan Project, was a talented public servant and academic vice-chancellor whose achievements deserved to be more recognised, Sir Ken said.

"He was absolutely committed to the principle stated right at the beginning of the Act. The principle is that official information is to be available unless there is good reason to withhold it."

Sir Ken said the law could possibly use some tinkering to bring it into the modern age, but the committee had shown some prescience.

"One of the skilful things we did in retrospect ...  was to use the word information rather than documents."

Dunedin journalist Elspeth McLean agrees culture change in the public service is needed for the law to work. Officials should "go up the greasy pole" in their careers by complying with it, rather than being given points for refusing requests. Mrs McLean said there was far too much interference from government ministers, and Labour was  as bad as National in that regard. A prolific user of the Act, Mrs McLean pursues many complaints about refusals of information through the Office of the Ombudsman.

Her persistence paid off in 2016 when the Ombudsman ordered more detail to be released from a Civil Aviation Authority investigation about former transport minister Gerry Brownlee’s flouting of airport security in Christchurch in 2014, which he explained at the time by saying he was running late.

It revealed Mr Brownlee had had plenty of time, and bought chewing gum and soft drink after barging past security.

By the time it was released "nobody cared" about the two-year-old incident, Mrs McLean said.

She has revealed the extent to which officials sometimes fret and fuss over requests, carrying out "risk assessments" and other tactics that cause delay and expend public resources.

Through the Ombudsman, she uncovered emails between the Ministry of Social Development and the former Minister’s office about her request for information about a controversial risk prediction model for children. One ministerial aide even bragged about the usefulness of so-called "free and frank Friday", an allusion to a section of the Act often used to withhold information by claiming it was advice given in a free and frank manner.

A nine-page "risk assessment" had been written, which included a list of her unrelated roles and interests. While she appreciated the information about her was publicly available, the tactic made her  uncomfortable.

"You wonder what it would take for them to go a step further."

She said it was a waste of money and overly intrusive.

"It’s a totally inappropriate use of public servants’ time."

When she returned to journalism in 2007 after a long time out of the industry, Mrs McLean looked forward to making use of a law that had not existed when she was a young reporter.

She was disappointed to find an atmosphere of defensiveness in which the Act was over-utilised for simple stories because reporters could not talk to ordinary staff in public organisations.

"Things got pushed through it that once  upon a time would have been answered in a simple interview.

"A legion of public relations staff prevented reporters from forming relationships and gaining an understanding of issues."

"The risk is that you’re likely to get [the story] out of proportion, but people in these organisations don’t seem to realise that."

At present she is pushing for transparency about bowel screening, in particular information about "interval cancers" picked up in the pilot that would be missed in the less sensitive national programme.

The Ministry of Health refuses to release the potentially embarrassing information, which will probably highlight the consequences of making the test less sensitive.

Mrs McLean believes the public has a right to know what officials get up to and why they make certain decisions.

"My partner’s often saying: ‘Why are you worrying about this?’ but I think you do have to worry about it, because we do have the right to know what’s going on."

Chief Ombudsman Peter Boshier has made changes to speed up the handling of complaints, but Mrs McLean cautioned fast decisions were not always good ones. She has modest hopes for the new Government’s pledge to review the Act and be more open with information. She hoped it would usher in a system of proactively releasing often-requested documents.

Asked about risk assessments of OIA requesters, the Ministry of Social Development defended the practice and said it was "committed" to upholding the OIA.

"We provide a little general background on all requesters, including previous articles if the correspondent is a reporter, but information included would only be limited to what is already freely available to anyone with access to the internet.

"When information released is likely to be of interest either to our stakeholders, the media or the wider public and is likely to prompt further queries we try to manage potential interest, or what we refer to as risk, by preparing for follow-up queries," acting deputy chief executive Bruce Simpson said.

Dunedin South MP Clare Curran has promised to review the Act as part of her "open government" mandate as Associate State Services Minister.

It is not yet known how far the review will  go, but Ms Curran told online news outlet Newsroom she supported calls for the Ombudsman to be given the power to fine non-complying departments and ministers’ offices.