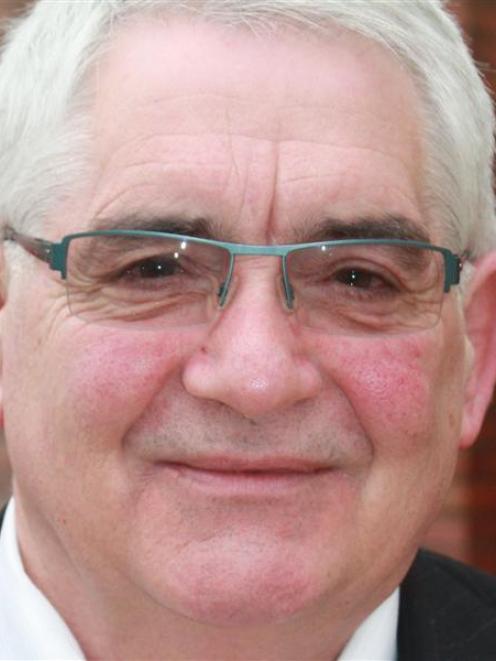 Richard King.
More than 19,000 outraged cat lovers have called on Invercargill City Council chief executive Richard King to apologise for and retract his comments about cat-trapping.

She handed over a petition from people around the world to Invercargill deputy mayor Cr Darren Ludlow at a regulatory services committee meeting yesterday.

The council last year passed a bylaw stating property owners within the urban area could keep no more than three cats.

But it is having difficulties with a woman believed to own 37 cats who has ignored an official notice to abide by the bylaw.

Mr King upset cat lovers last month when he said disgruntled neighbours could collect free cat traps from the council and the council would not ask what had happened to the animals they caught.

Cr Ludlow said Mr King's views were not the views of the council and he considered them ''careless and ill-considered''.

''I don't think people should take the law into their own hands and trap and dispose of cats,'' he said.

Mr King was not present at the meeting and could not be reached afterwards for comment.

Later in the meeting, environmental health services manager John Youngson told councillors the owner of the 37 cats did not appear to want any of her animals rehomed and it was likely the council would have to take the matter to court and let a judge decide whether the bylaw could be enforced.