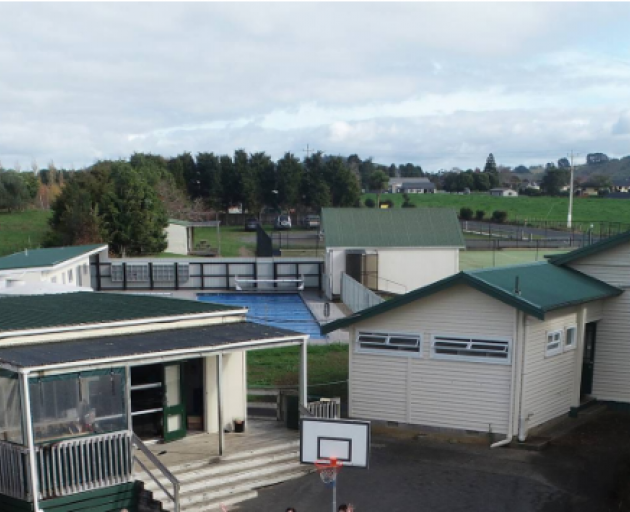 Mangatangi School is a small elementary school in rural Waikato. Photo: Supplied via NZ Herald
Three Waikato household members of a remand prisoner with Covid-19, who was announced as a case yesterday, have tested positive.

This development comes on the eve of what many hope will be an easing of alert level restrictions, providing a boost for southern businesses.

The Government will today announce whether alert levels will change at 11.59pm tomorrow, as signalled last week.

But the Waikato cases bring an unexpected complication. One of the cases is a child who was symptomatic while at school on Thursday.

Two of the three household members attend Mangatangi School on the Hauraki Plains. All three positive cases, and an accompanying adult caregiver, are being moved to a quarantine facility.

The school has been closed and parents have been contacted. Arrangements are being made for the pupils and their families to be tested.

There are nine people in the household. Five others have tested negative and the ninth household member will be tested today.

Arrangements are being made for the Mangatangi pupils and their families to be tested.

Mangatangi School is a small rural school and had 109 pupils on its roll at its last Education Review Office report in 2020.

The school is in an Alert Level 2 area and had been open to pupils.

Four police staff were isolating following contact with him and several prison staff. He had also been travelling with another person who was isolating.

Prime Minister Jacinda Ardern believed the Mt Eden prisoner had been symptomatic. A cellmate was also being quarantined.

Cabinet has made an in-principle decision that Auckland will move to Level 3, and that a slightly less restrictive Level 2 could be on the cards for the rest of the country.

Ms Ardern previously said as long as Auckland was at Level 3 or 4, the rest of the country should stay at Level 2.

Cabinet would consider raising the capacity for indoor gatherings under Level 2 to 100. The limit is now 50.

University of Otago epidemiologist Prof Michael Baker said earlier yesterday he believed the Government would make good on its projection and ease restrictions.

"I think the rest of the country will be in a modified Level 2 as of Wednesday."

While Level 2 was not designed to entirely prevent or control an outbreak, it did give some measures to reduce risk if, for example, an infected person travelled outside Auckland, he said.

Earlier, the Government announced 24 new Covid cases in the community, all in Auckland.

Twenty-one cases were linked to existing cases in the outbreak, and three were unlinked.

The Ministry of Health also announced the last of Wellington’s 17 community cases were now considered recovered.

With more than 53,000 doses administered on Saturday, 73.1% of eligible New Zealanders have now received at least their first jab of the Pfizer vaccine.

Prof Baker said the situation in Auckland was still the driver behind decisions being made about alert level changes in the rest of the country. 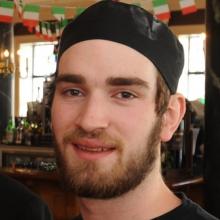 The restaurant would usually seat between 140 and 200 people.

"It’s been nice having customers and things, and obviously being open, but having less than half the restaurant full and extremely spaced out has been hard," he said.

Dunedin Mayor Aaron Hawkins said it would be great for Aucklanders to get down to Level 3.

That in turn would be good news for the rest of the country, and particularly hospitality businesses hoping to increase their Level 2 capacity, he said.

It had been good to get more clarity about when alert level changes could happen, such as knowing there would be no move to Level 1 until Auckland dropped to at least Level 2, Mr Hawkins said.

He urged people to support local businesses, as many hospitality venues were still not overly busy, saying: "Eating out is an act of civic duty."

"I think outside of Auckland, it appears the latest outbreak of Covid-19 has been contained," he said, before the announcement of the Waikato cases last night.

Recent visitors to his district who had breached lockdown rules and travelled from Auckland did give him pause over easing restrictions further.

"You can never discount the idiot factor."

I really don’t understand why you still run the occasional stories from the likes of mr guanone and his Etruscan restaurant. Where is the news content in this piece of nonsense?
Yes, the hospitality industry has been hard hit by the COVID 19 restrictions, we know! Yes, they all want to return to the good old days, we know.
To me the story here is about how unimaginative business owners are forlornly hanging out for a return to the old normal when it is more and more likely this is never going to happen.
The innovative businesses amongst us have made that recognition and are adapting their businesses to become prosperous in the new normal. This is where the true news stories are, not with the whingers and whiners of yesterday.
Or does ODT just not have the wit to see this and finds it easier to track down and report the negative rather than adapt and work to find and report the positive?