The Ministry of Health has revealed there are 78 new cases of Covid-19 today, bringing the total number of confirmed and probable cases to 283.

That brought the combined total to 283.

A total of 27 people have recovered.

Seven people are in hospital and are stable. None are in ICU.

Yesterday 2417 tests were processed nationwide, taking the total number of tests to 12,683. About 1400 tests have been done daily in the last week.

People who have been tested must self-isolate from those in their household while awaiting the results of their tests.

Most cases are still linked to overseas travel or to existing clusters of confirmed cases, such as Marist College in Auckland and the world conference in Queenstown.

There are also possible clusters around a travel group to the US as well as a rest home in Hamilton and a wedding in Wellington.

Bloomfield said all people should be able to access pharmaceuticals they need, despite the stockpiling in recent days.

From tonight, pharmacists can only dispense one month supplies of pharmaceuticals, or three months for oral contraceptives.

He added that there were no significant shortages at the moment, but the measure was a precaution to ensure supplies of essential medicines.

"These are unprecedented times," he said.

Bloomfield will be joined at today's update by Commissioner of Police Mike Bush.

He added that the number of cases will continue rising for the next 10 days, but if people stayed at home and self-isolated properly, the number will come down.

168 Kiwis in quarantine kept in hotels near Auckland Airport

Police Commissioner Mike Bush said day one of the nationwide lockdown showed that most New Zealanders were complying.

He said the police had to ensure safety, and to ensure the country was sustainable.

"Stay home to stay safe. If we don't comply, the consequence of that is people will die."

Police were being "very visible" and initially it was about education and engagement and encouragement.

Police were telling people what was required of them, and were challenging people about whether they were going about essential things if they were outside their homes.

"People everywhere across New Zealand for their friends and everyone else to keep each other safe," Bush said.

Bush said New Zealanders returning home since 2am this morning are being triaged.

"If you have any symptoms, you will be taken by health people to a place of quarantine."

Hotels and motels near Auckland Airport were being used, he said.

"If you have a place to go, we will help you get there. If you have friends coming to pick you up, only one person in your bubble will be allowed to take you," Bush said.

He said 360 people had come through Auckland Airport this morning, and it had gone smoothly, notwithstanding a few "speed bumps".

He said eight of the 360 arriving this morning had been quarantined; 160 didn't have plans and were also placed in quarantine.

Bush  also commented on the Christchurch mosque gunman pleading guilty and paid tribute to the courage of the March 15 victims. He said the admission this morning meant they wouldn't have to relive the events of that traumatic day.

He also praised the police and prosecuting team involved in the case. 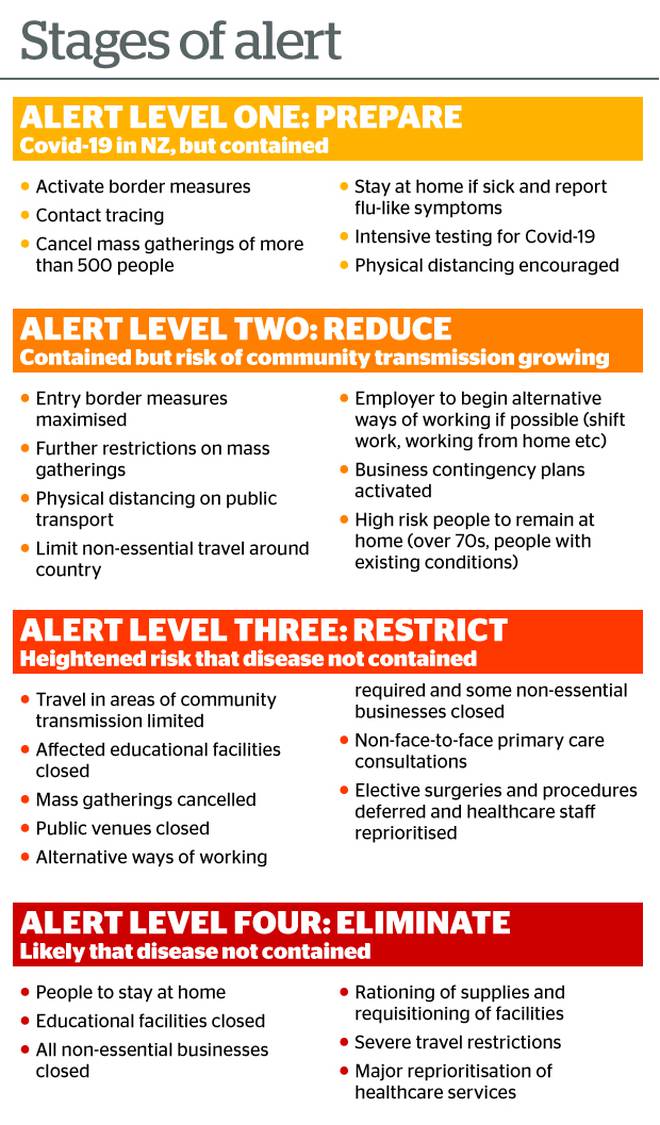 ​The Alert Level 4 nationwide lockdown came into effect at 11.59pm yesterday, and police are on patrol around the country to ensure people are staying at home unless they have a valid reason to be outside.

Bush said this morning some people were not even aware that a nationwide lockdown had been ordered.

It comes as Covid-19 reached some of the smaller centres in the southern region yesterday.

Prime Minister Jacinda Ardern yesterday formally placed the country in a national state of emergency for just the second time in our history; the only other time was after the Canterbury earthquake.

An official pandemic notice was also issued and, as if to emphasise the threat Covid-19 poses to all New Zealanders, soon after, people were confirmed with the disease in Roxburgh, Cromwell and Alexandra.

It was only a matter of time, Central Otago Mayor Tim Cadogan said.

"This makes it very real. If you needed to make it real, it is this.’’

The three patients were not officially tallied by the Southern District Health Board.

It did say that additional cases in Otago were confirmed but details were unavailable.

The SDHB official southern total of cases is now 19 — 18 confirmed and one probable.

The new cases were two Dunedin women in their 20s, a Queenstown woman in her 30s, and a Wanaka man in his 20s.

"All cases have mild illness," a spokeswoman said.

With 19 official cases and details of more confirmed cases to come, the southern region is looming as a Covid-19 hotspot.

Overall case numbers surged again yesterday, after another 50 confirmed and probable cases around New Zealand were announced by the Ministry of Health. 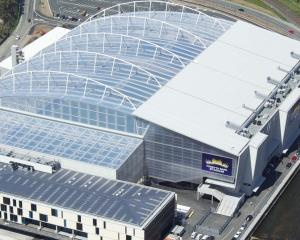 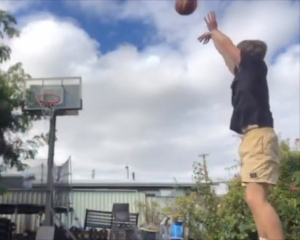 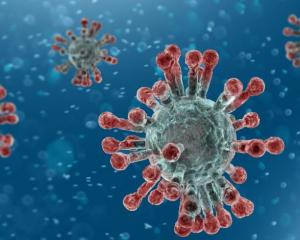 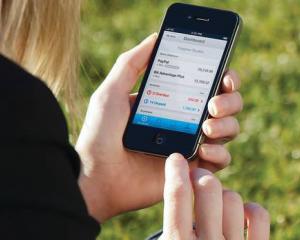 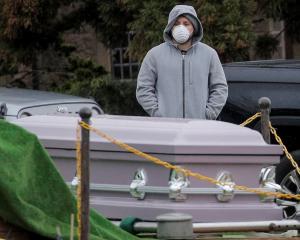 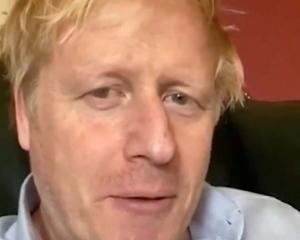