Ardern interview slammed as being far from tame 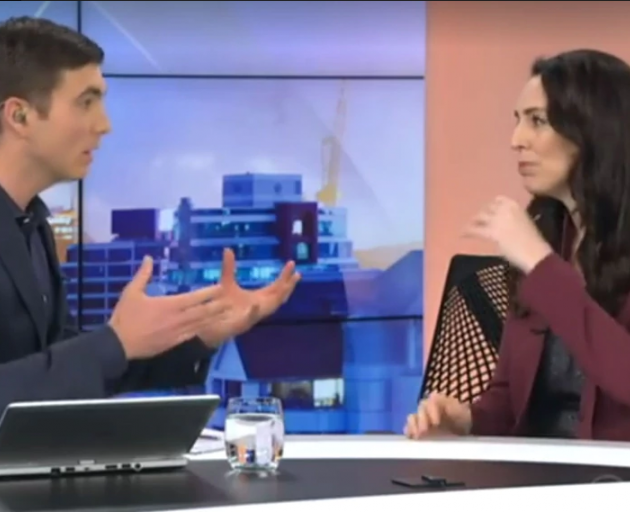 One said Tame's line of questioning was so "ridiculous," he'd made her turn the TV off.

Tame has defended this morning's awkward interview on Breakfast, saying it's his job "to ask questions".

Jeebers @jacktame you’ve just made me turn the TV off. What a ridiculous interview over something so trivial!— Missy Chrissie (@NzChrissie) November 19, 2017

And other viewers praised Tame for his "dog with a bone" style of interviewing.

The presenter kicked off the interview by asking Ardern about a recent claim that American President Donald Trump had mistaken her for Canadian politician Justin Trudeau's wife during their recent meeting at Apec.

Ardern replied: "Secondhand, someone observed that they thought that it had happened. But in all my interactions, certainly President Trump didn't seem to have confused me when I interacted with him. Someone else observed this."

That could have been the end of the matter, but Tame didn't let it go.

"Who thought they observed this? Was it a New Zealander? Another world leader?" asked Tame.

"I'm not going to give you that detail," replied Ardern. "These things go on behind the scenes. I'm going to leave it there."

Tame kept going, asking why she wouldn't reveal the full story when two other people had.

He then explained his reasoning behind his line of questioning, telling Ardern: "I know that this seems like a trifling matter, but what I'm suggesting is that now that you are a world leader, all of these things can blow up to be big ... if you're giving something that's not the entire truth, it can confuse people."

Ardern replied: "At this point I don't want to give away every single element of conversation I have with a world leader ... things happen behind the scenes that I'm not always going to give the full detail around."

But Tame did get Ardern to admit she "should never have recounted the story".

Tame's co-host Hilary Barry stepped in at the end of the interview, asking Tame if he'd gotten out of the wrong side of bed.

"You're a dog with a bone," she quipped.

Some viewers took to social media to slam Tame's interview as "cringeworthy".

Another wrote: "She answered your question concisely and without ambiguity in her first response, and yet you persisted. Holding politicians to account is important, but this looked more like grandstanding."

Someone else wrote: "You're like a dog with a bone! You make a mountain out of a mole hill, back off tiger."

But not everyone thought Tame's line of questioning was out of line.

"Good on you Jack it's time she realised she isn't playing in the school playground anymore and needs to grow up and take some responsibility for the position the minority voted her in too. More to come I'm sad to say," wrote a viewer on Facebook.

"She needs to learn how to cope and handle conflicting conversations - she's not the leader of Girl Guides, she is the leader of our country," said another.

For all the critics of my IV with the PM this morning: When a PM tells a story that embarrasses the U.S President and isn't 100% true... it's my job to ask questions. Just as I do with National MPs.— Jack Tame (@jacktame) November 19, 2017

Tame responded to the criticism by saying it was his job to "ask questions".

And "isn't 100% true" - where is his proof for just calling the PM a liar? And over something so trivial, too. Talk about putting yourself in the middle of a story - and with accusations not backed up.

Get a real interviewer not a kid... The pm should have shut him down...