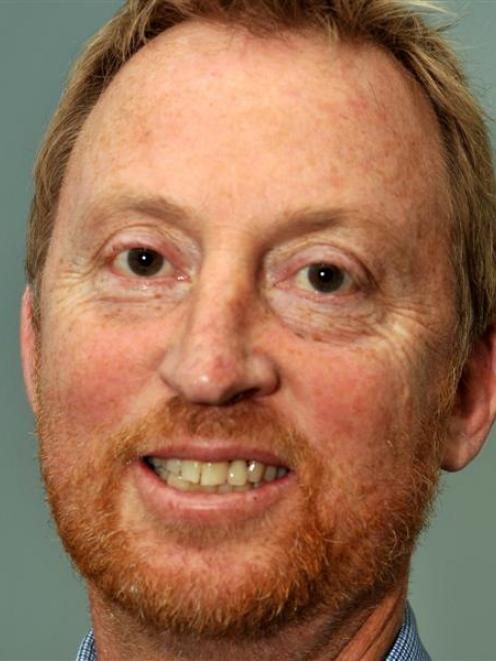 Peter McIntyre
New Zealand's economy is set to hit levels not seen since 2006 as the Christchurch rebuild drives investment and strengthening labour markets, a report by the OECD says.

The Organisation for Economic Co-operation and Development's latest annual economic outlook is forecasting annual economic growth in New Zealand of 2.4% and 3.6% over the next two calendar years. and for the current account deficit to narrow to less than 4% of gross domestic product (GDP).

New Zealand is expected to increase interest rates soon, making it among the first to tighten monetary policy since the global financial crisis. The benchmark official cash rates remains at a record low of 2.5%, the same as that in Australia where the central bank is thought to be considering another cut to help boost an ailing economy.

Otago Chamber of Commerce president Peter McIntyre said there was a general consensus of 2014 being a ''boom year'' driven by three things: growth in Auckland, the Christchurch rebuild and the prosperity of the rural sector.

''The $9 kg ms payout to dairy farmers is significant for regions like Otago and cities like Dunedin. You have to be optimistic about the next 12-18 months.''

The main risk to economic growth was the Reserve Bank increasing interest rates, he said. However, Reserve Bank governor Graeme Wheeler was the most open and transparent governor for many years and he had been consistent with his messages.

The key for business growth was having banks continuing to develop relationships with business and to continue lending so businesses could make investment decisions.

''Jobs and economic growth are only going to come when businesses can make strong decisions in a stable economic climate,''Mr McIntyre said.

Finance Minister Bill English said the OECD report was the latest in a series of encouraging reports on the New Zealand economy which confirmed the country was ''well placed'' compared to others.

As the OECD noted, although the severe drought earlier this year depressed agricultural production and exports in the second quarter, underlying growth in the New Zealand economy had been strong, he said.

The OECD was forecasting an improvement in the current account deficit. Although the longstanding imbalance remained a vulnerability for New Zealand, the OECD expected some improvement over the next three years.

''We still have more work to do, but this is significantly better than the current account deficits of more than 8% of GDP five years ago and shows we are making progress towards paying our way in the world,'' Mr English said.

Australia's economic growth is expected to rise in the coming months as increased activity in the other parts of the economy make up for the downturn in mining investment.

The Westpac/Melbourne Institute Leading Index, which indicates the likely pace of economic activity three to nine months into the future, rose to 1.2% in October, from 0.6% in September.

Meanwhile, United States Federal Reserve chairman Ben Bernanke said yesterday the US economy remained far from where the Fed wanted to see it and that the US central bank remained committed to its stimulus policies.