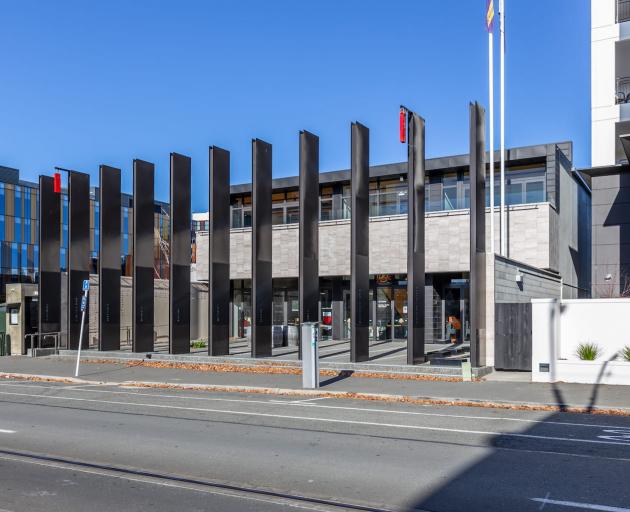 The Christchurch Memorial RSA building has now been sold. Photo: Colliers
War veterans are relieved that the RSA's cash-strapped Christchurch branch has sold its headquarters for $3.4 million.

The central city branch on Armagh St is one of the last metropolitan RSAs in the country and it is now looking ahead to a future without its own base.

The Trenches bar, restaurant and function centre made ongoing losses since being opened in 2015.

New undisclosed owners will take possession of the central-city building in October when the RSA will have to find a new home.

President Dennis Mardle said the goal of the sale initiated last year was to get them out of debt.

He said there would be little left over after their bank and other creditors were paid.

The RSA put the Trenches holding company into liquidation and is still owed a significant amount of money, but the last report revealed it wouldn't be returned.

Mardle said the RSA was about more than just bricks and mortar.

"In a way the building has constrained our thinking because we've had to work within its parameters and now that we are relieved of that we can start thinking of the future and how the shape and structure looks to deliver its core purpose - which is supporting former servicemen and women and their families.''

The RSA branch hopes there will be some capital remaining from the sale to re-invest into the branch.

Mardle said they bore no grudges with previous managers who invested a large amount of money into the building as they did it with good intentions.

The restaurant was closed in 2019, which prevented further losses during the Covid-19 lockdown and recovery.

"The most disappointing part of the sale is we haven't been able to protect the investment that's been made by thousands of servicemen and women - and their families - since December 1916," said Mardle.

All the military memorabilia - medals, clothing, journals and articles and a significant photographic collection - will be stored while RSA leaders consider their next step.

The RSA's unsure if the veteran march for the Anzac Day service will continue to start outside the Armagh St premises.