'Caught in the headlights': The downfall of Poto Williams as police minister

0 Comments
Ex-Police Minister Poto Williams was stripped of her portfolio because she was "caught in the headlights too often" amid a spate of ram raids and a violent gang war, a former detective and MP says.

But National, which has been increasingly putting pressure on Williams and even last week called for her to be dropped, says appointing Chris Hipkins to the role will "not be enough on its own".

Yesterday's Cabinet reshuffle came as Immigration, Broadcasting and Justice Minister Kris Faafoi announced he was resigning, alongside Speaker Trevor Mallard, who will be taking on a diplomatic role in Europe.

Former police detective and ex-National MP Chester Borrows told Newstalk ZB this morning that Williams was demoted because she was branded as "soft on crime" by the Opposition and was "caught in the headlights too often".

"It was too late to try to rebrand herself as anything else," Borrows said, particularly with the campaign that the Opposition would run in the lead-up to next year's election. 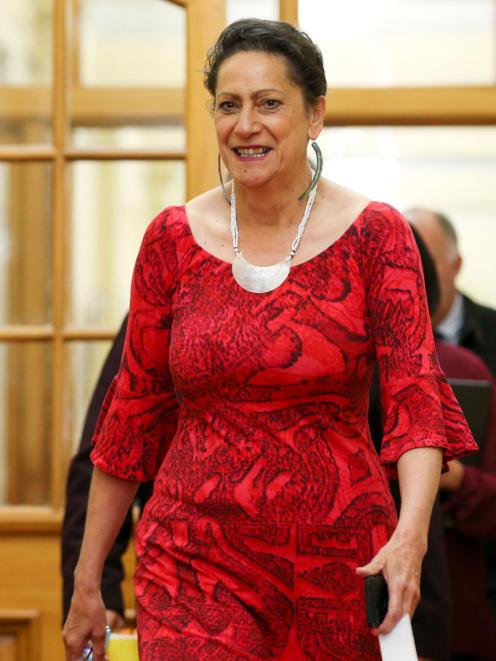 "You've got an Opposition which is going to run a hard tough on crime campaign into the election and Poto couldn't do that and [the Government] needed to have someone who can," Borrows said.

Although incoming Hipkins was a "lot faster on his feet" than Williams, Borrows said his other big portfolios would mean there was less time for him to focus on law and order.

Borrows, an MP from 2005 to 2017, said Hipkins needed to look like he understands the issues and has answers to questions, showing on the one hand he can defend police while also holding it accountable to the public.

Hipkins would need to sell himself to the force, who were slow to trust newcomers to the role.

In announcing the new Police Minister yesterday, Ardern also said the "context" in policing had changed significantly in the past 18 months since Williams, with a background in fighting family and sexual violence, was given the portfolio after the 2020 election.

In 2020 the police murder of George Floyd in the United States saw calls to "defund" and ultimately reform police culture sweep the globe.

Here, this saw mass criticism over the Armed Response Trials, which predominantly focused on Māori and Pasifika communities despite being sparked by the Christchurch white supremacist terrorist.

"There was some controversy around some of the proposals around [the Armed Offenders Squad] and some concerns around the culture change programme," Ardern said.

"Minister Williams at that time in my mind was the right fit. The focus has changed and with it we've changed the ministerial lineup."

Ardern said she and Williams, who stays in Cabinet as Conservation and Disabilities Minister, "both agreed" the focus on what was needed for police now had been lost.

"It's critical that our focus and time is on supporting the police and implementing our record investment in the front line, passing our further gun law reforms and developing additional measures to deal with the current escalation in gang tensions and violence.

"That focus currently has been lost. Poto is a capable minister and retains my confidence. That's why she is still in Cabinet."

A spokeswoman for Poto Williams said she was unavailable for an interview with the Herald.

National Party leader Christopher Luxon last week called for Williams to be stripped of the portfolio.

He said her replacement was an "acknowledgement of a lack of leadership at a time when violent crime and gang activity are on the increase".

"A change in minister will not be enough on its own.

"What police need is leadership from the Government and powers to confront New Zealand's growing problem with violent crime."

His party on Saturday unveiled a policy package to tackle rising gang membership and violence, including banning wearing patches and assembly in public spaces.

Ardern criticised the ideas as "reactionary" and sociologist Dr Jarrod Gilbert told Newstalk ZB he didn't think the policies had any evidential basis and rather what was needed was "good hard policing".

The changes to Cabinet were largely sparked by departures announced yesterday in Faafoi and Mallard. 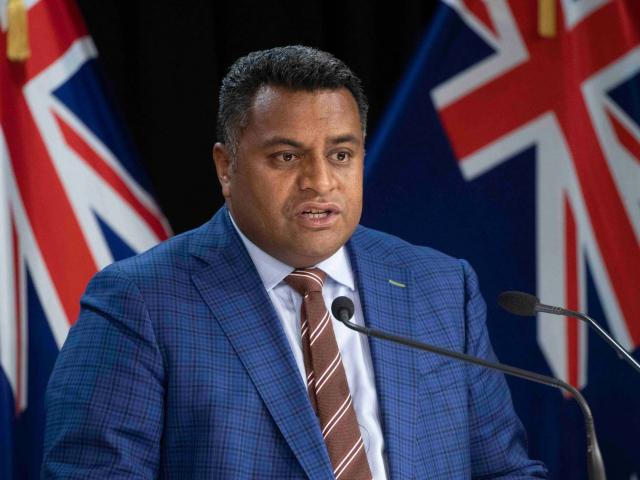 Departing Minister Kris Faafoi. Photo: Mark Mitchell
Faafoi had wanted to resign at the last election but Ardern had convinced him to stay on, taking on portfolios undergoing major reform in broadcasting and immigration.

He has faced intense scrutiny in the immigration sector including around split migrant families and pathways to residency, while also delivering major reforms.

He told media his decision had nothing to do with those pressures nor any love lost for politics, but instead to be there as his youngest son starts school in just over a week.

"It is a bittersweet day. I could stay for a long time but I wouldn't get to know my kids as much as I should."

Ardern said Mallard had also previously indicated his desire to step down this term. He would take up a to-be-announced posting in Europe.

Mallard had been an MP over 30 years, and run into many a controversy in that time, including as Speaker. Last year he falsely accused a former parliamentary worker of rape, costing the taxpayer $330,000 in legal fees, and more recently faced criticism over his handling of the protests outside Parliament.

Ardern said his role as Speaker was a "difficult one" but she also pointed to positive achievements including making Parliament more family-friendly.

"In Trevor's absence Adrian brought a different dignity and synergy into the House. He has everyone's respect and that is so important.

"Willie has a long history in Māori broadcasting and he knows intimately what the sector needs.

"Adrian will be the first Māori Speaker since Tapsell, and Kiri Allan will become the first ever Māori Minister of Justice."

On Williams he said it was originally a "strange choice" for police minister.

"She has a soft, warm personality which i don't think is appropriate for police.

"When things are quiet maybe that works. Chris Hipkins is a very clever choice."

He said he didn't expect to see any major changes in approach.

On Faafoi, Mike Williams said his heart was "clearly not in it".

Ayesha Verrall will take over as Covid-19 Response Minister from Hipkins and take on the Research, Science and Innovation portfolio.

Kieran McAnulty would become a Minister outside of Cabinet and Duncan Webb will replace him as Labour's Chief Whip.

Dan Rosewarne and Soraya Peke-Mason would replace the two departing MPs from the Labour list.