There are at least 120 contacts of Covid cases isolating in the South Island as the reach of the Delta outbreak grows, including a number throughout Otago.

The number of contacts in the south was used as part of the Government's rationale for extending level 4 lockdown until at least midnight on Friday for New Zealand outside of Auckland.

Auckland will remain in level 4 until at least midnight on Tuesday, August 31. 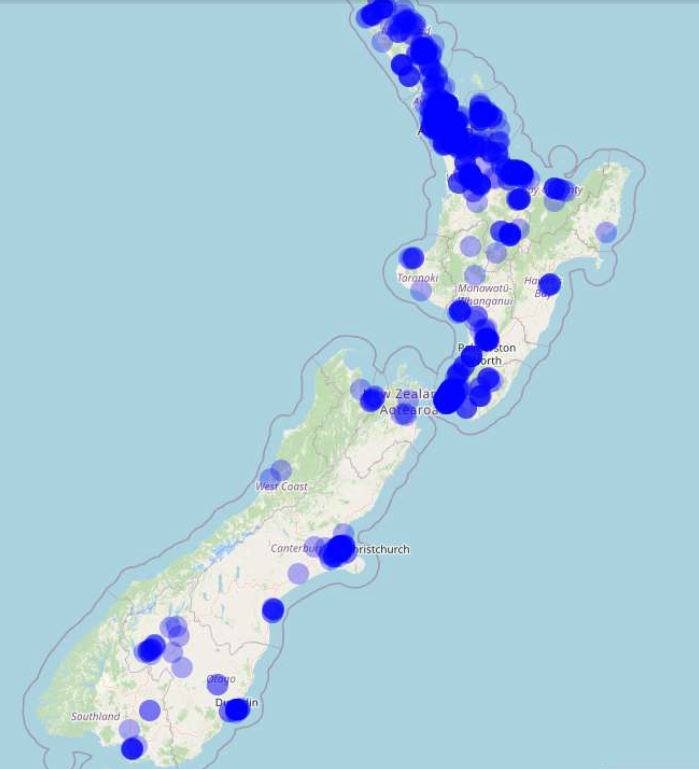 The heat map showing known contacts of existing Covid cases. Source: Ministry of Health
Covid-19 health system response deputy chief executive Bridget White said not only were there a large number of contacts isolating in the South Island, there were also people who had travelled back to the South Island in the 48-hour grace period after the move to Alert Level 4 was announced last week.

At a 4pm press conference today, Prime Minister Jacinda Ardern displayed a heat map of known contacts of existing Covid cases in the country. The map showed contacts dotted throughout the South Island, with several in Otago, including in Dunedin and Queenstown.

"The number of contacts has increased significantly, including in the South Island," Ms White said.

"This is something we expected as we identify and investigate more cases, and test in large numbers."

Ms White said as of 8am today, nationally, 13,230 individual contacts had been identified by contact tracers.

Of these, 120 contacts had been registered as isolating in the South Island through the National Contact Tracing Centre register.

Contact tracers were working tirelessly and at pace, she said. 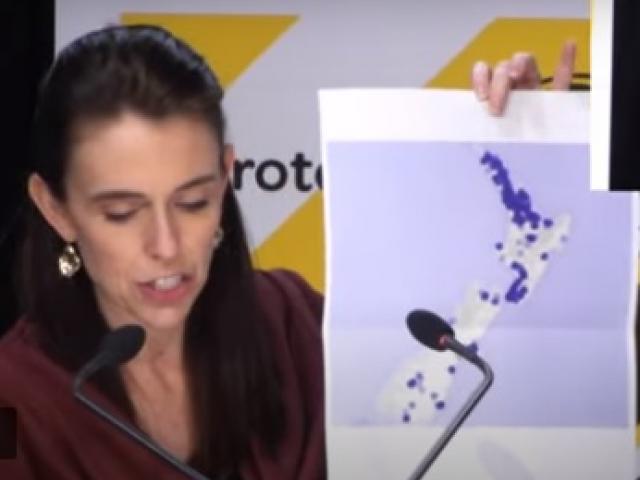 Prime Minister Jacinda Ardern displays a heat map showing the whereabouts of Covid contacts while speaking at her press conference this afternoon. Photo: Ministry of Health

While contact tracing was carried out by public health units, such as Public Health South, it was co-ordinated by the National Contact Tracing Centre at the ministry.

At present, information for some addresses of contacts was not yet listed, she said.

Locations of interest were added to the ministry’s website as quickly as possible, she said.

She asked everyone in the South Island who had recently visited Auckland, the Coromandel or Wellington to check the locations listed regularly.