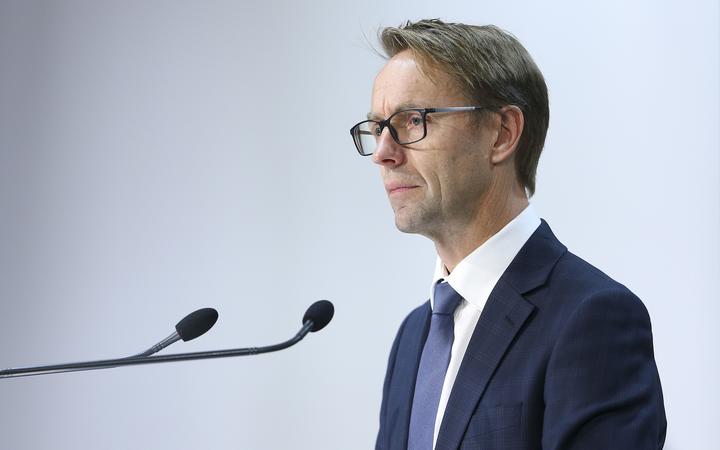 Director-General of Health Ashley Bloomfield. Photo: Getty Images
Approval process for the Covid vaccine is on track to be granted in coming weeks, according to the director-general of health.

This morning, Dr Ashley Bloomfield told Newstalk ZB's Mike Hosking Medsafe was not far from finalising the official process to ensure the first tranche of vaccine was safe for New Zealanders to use.

"We are completely in step with Australia, we've got our approval process robust and it is on track for providing us with approval in coming weeks and then getting the vaccine on shore as quickly as possible," he said.

Bloomfield said Medsafe, the Government medicine regulator, had been receiving data from Pfizer about the vaccine since last year, including a large document drop last week.

"They are really on to it and working very closely with their Australian counterparts."

He said New Zealand was undertaking proper approval process, while countries that were rolling out vaccines were grappling with public health emergencies.

In those countries governments had given authorisation to use the vaccines, rather than approval.

"We're going through a proper approval process, as is Australia. They, like us, are trying to do it as rapidly as possible.

"As soon as we've got approval then Pfizer are committed to providing us with the first tranche of vaccine which is 225,000 courses - that's a two dose course - and we're in contact with them very regularly and making sure that they know when we're likely to approve."

He said border workers would be first then those in the community deemed at highest risk.

"What I want to be assured of, and I know New Zealanders do too, is that given the position we are in, that we're really confident the vaccine is safe and effective and if it is then we will making sure New Zealanders get vaccinated as quickly as possible," he said.

Covid Response Minister Chris Hipkins this week indicated essential border staff and health workers would likely be immunised by March, but the rest of the population would have to wait until spring.

Meanwhile, further measures are being undertaken at the border to try and prevent the highly infectious Covid variants from the United Kingdom and South Africa from escaping into the community.

Yesterday, the Government officially made it mandatory for almost every traveller coming to New Zealand to produce a negative Covid-19 test before they board a plane.

The new rules will come into force at 11.59pm on Monday, January 25 – this is in a bid to minimise disruption for those passengers with imminent departures.

Previously, only travellers from the UK and the US had to produce a negative test to come to New Zealand. This came into effect last Friday at midnight.

There are currently 85 active Covid cases in New Zealand. All are in isolation.

It includes travellers with the potent new variants from the UK and South Africa.

All travellers arriving into New Zealand - excluding Australia, Antarctica, and some Pacific nations - are now required to have day 0/1 tests and stay in their rooms until the result is known.

At the same time there has been a marked drop-off in the use of the Covid Tracer app, which is alarming public health professionals.

Data has revealed the number of daily scans on the tracer app has plummeted from its peak of 2.5 million in September to around 500,000 in recent weeks.