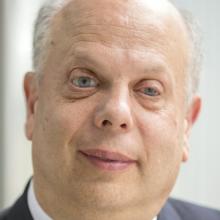 "Accessibility legislation can only help, if it's done right,'' Mr Lepofsky said in Dunedin recently.

New Zealand could adopt what he termed a "buffet'' dining approach, by picking up aspects of Canadian accessibility legislation that had worked well, to improve access for people with disabilities to buildings, public transport, as well as information and services.

The best ideas could also be gleaned from other sources.

New Zealand had much to gain by passing legislation which clarified what was needed to achieve accessibility.

This would enable the country to attract more of the many overseas tourists with disabilities who were keen to travel but could be deterred by access barriers.

Many New Zealand firms would also benefit from being able to attract talented staff who would otherwise be unable to work for them because of access issues, he said.

The Blind Foundation brought Mr Lepofsky, an Ontario lawyer and academic, to New Zealand for talks in Dunedin and Invercargill.

He spoke on behalf of the Access Alliance Access Matters campaign on the need for Parliament to pass accessibility legislation.