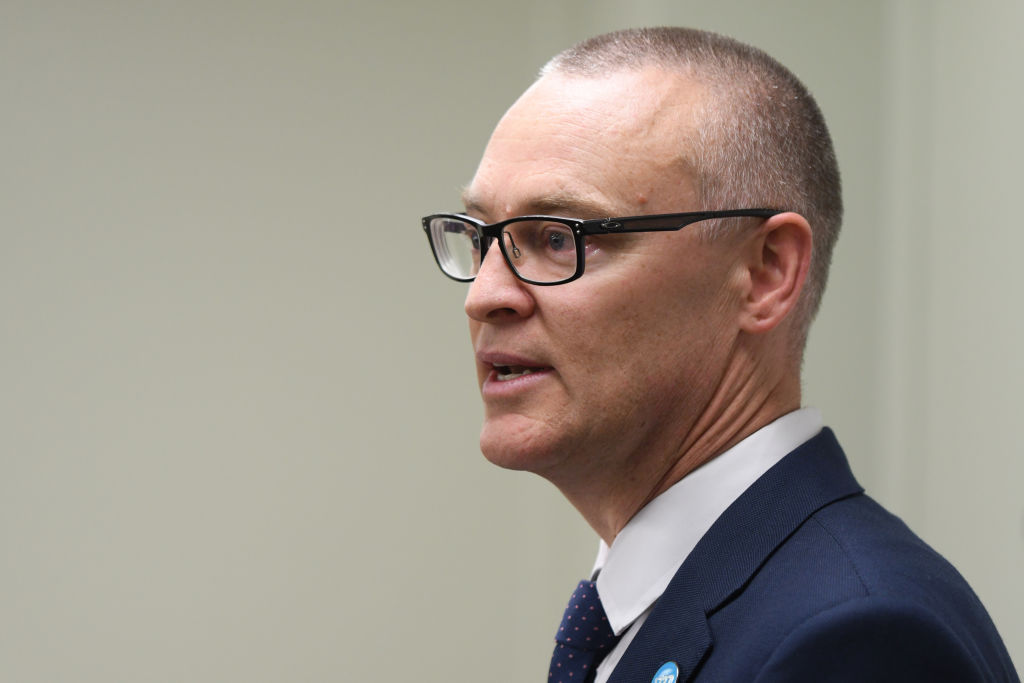 "He humiliated a man we have grown to respect and trust during lockdown," Muller said, adding that Clark was the "very definition of a 'non-essential worker'".

His comments come after days of Clark telling media that Bloomfield had accepted responsibility for the fact almost all of the 55 people who left managed isolation under compassionate grounds had not been tested for Covid-19 before leaving.

Bloomfield has accepted responsibility and apologised on behalf of the ministry.

But the issue came into sharp focus yesterday, after Clark told media: "The director-general has accepted protocol wasn't being followed; he has accepted responsibility for that and has set about putting it right".

He delivered this line while Bloomfield was standing behind him.

A MediaWorks video captured Bloomfield face while his boss was making the comments – that video has garnered much attention online, with some opining that Clark threw Bloomfield under the bus.

National health spokesman Michael Woodhouse has pointed out that their pair's body language shows they have fallen out – something Bloomfield has denied.

Muller, who has been calling for Clark's resignation for weeks, said the Health Minister's conduct was simply not acceptable.

"While Dr Bloomfield has fronted up day after day, Clark hasn't even bothered to look at the quarantine arrangements that are so vital in protecting New Zealand from the virus." 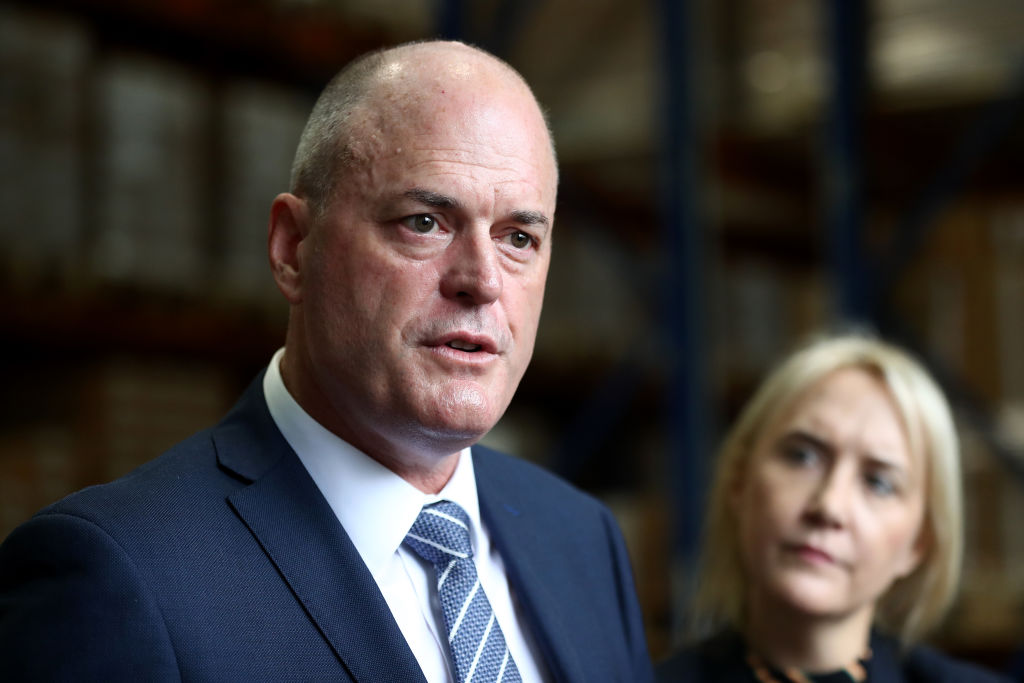 National Party leader Todd Muller. Photo: Getty Images
Muller said that while the Minister of Health's continued "bumbling presence" defined the incompetence of the Labour Government, Bloomfield shouldn't be the one who should accept responsibility for the furore.

During the lockdown, Clark was demoted to the bottom of the cabinet ranking after he revealed he broke level 4 rules and took his family to the beach.

Prime Minister Jacinda Ardern said she would have sacked him for this, if New Zealand was not in the midst of a public health crisis.

He said she was happy to take centre-stage during lockdown briefings but as soon as there's bad news, she is nowhere to be seen.

"For Ardern, when things go wrong, the buck stops with the frontline workers, never her ministers, never herself."

The clip of Clark and Bloomfield has gone viral on social media.

Many people have been quick to defend Dr Bloomfield while also heavily criticising Clark.

"Bloomfield was fronting every day doing what the Health Minister should be doing. Meanwhile, Clark was swanning around mountain biking," one Twitter user wrote.

A week into the country's full-scale alert level 4 lockdown in April, a photo of Clark's van - complete with his face plastered on the side of it - was spotted at a Dunedin mountain bike park.

He admitted going for a bike ride and later revealed he had also taken a 20km trip to the beach, also during lockdown.

'Bloomfield has more class than that'

Reacting to the footage, other members of the public labelled Clark's move and failure to take any responsibility for the botch-ups as "spineless and cruel" and called for his resignation - again.

"Dr Bloomfield, the professional that he is, has been front and centre for months speaking for whole response while Clark has been (missing in action). Clark should be fired."

"Ashley Bloomfield fronted up nearly every day of the lockdown - probably didn't even rest on his rare days off," another tweeted.

"He kept us informed, didn't dramatise, just gave us the facts. He could have made mince meat of David Clark over mountain bike-gate, but the man has more class than that."

As of yesterday, New Zealand has 11 active Covid-19 cases all connected to recently arrived overseas passengers.

None of those people are in hospital and all are being quarantined.

Yet the spineless North Dunedin Labour people will still vote for him in three months time. Not me this time.

Nice assumption. But i know you're wrong, because me and many other Labour voters will not vote him in again.

By the way, i support the party with the policies i feel i prefer the best, be it National or Labour. Last time i voted Labour only because it seemed they'd finally do something about Dunedin hospital.

I mean I don't want to vote for him.. But pickings are slim down here.

What a charming person to have in the community.

So he breaks the law, goes missing during the pandemic, lets the housing minister deal with quaranteen, then blames his own failings on the man who did his job for him in a crisis. I hope David Clark has the good sense to resign... Labour please put someone I can vote for in North Dunedin!

I WILL NOT VOTE FOR DAVID CLARK

Dr Bloomfield deserves a Knighthood for his services and Clarke? He deserves the sack...

I'm generally a supporter of Dunedin politicians, but i finally agree with everyone that it's time David Clark loses his health minister role. I feel for Ashley, because of how he was effectively the face of it all.

I'm also annoyed at Labour, or the people Labour employed, for screwing up so badly with testing/quarantine etc problems we've been having lately. I'm more leaning towards blaming the people at, or near, the front line who haven't been doing their jobs properly (making sure everyone gets tested).
Either that or their bosses never relayed the message/instructions from the government properly.

An independent investigation should be done to see exactly how it failed, and who is more to blame.

I can vote for Labour without voting for Clark. The party vote determines the number of seats a party gets, not the electorate vote.

He has seriously let his party and his leader down yet again. He has put Adern in an impossible position because to sack him now, while the country is still in a health crises situation, would make her look like a hypocrite for not sacking him earlier. On the hand not to sack him makes her look weak (which she isn't).

I bet she regrets that earlier decision now.

Clark is the most inept minister in a cabinet full of failures. He has been totally out of his depth from day one and has let the city and voters down badly. Ardern has shown herself spineless by not sacking him. Not a good look.
It has been said if you put a monkey up for labour in Dunedin they will get in; we would be better with the monkey than this clown.

One cannot help but agree with all this. Clark is evasive--tried to evade the rules re lockdown twice, evaded fronting for some weeks on TV with Dr Bloomfield, and now evades responsibility of any kind for honest mistakes in an situation where everyone is still learning. I will not vote for him--and I hope he leaves before that.

I know which one I'd want round in a national emergency.

It has been noticeable over the last 3 years that Julie Ann Genter has quite often fronted the media in his place to answer the hard questions and take the heat. I see a pattern.

Clark has to go. His arrogance has turned everyone off him and would damage the election result. Mind you, the man trying to make points out of this story, Todd Muller, is as exciting as a wet fish so no one wins really.

David Clark is a disgrace. The sooner he goes, the better for all of us.