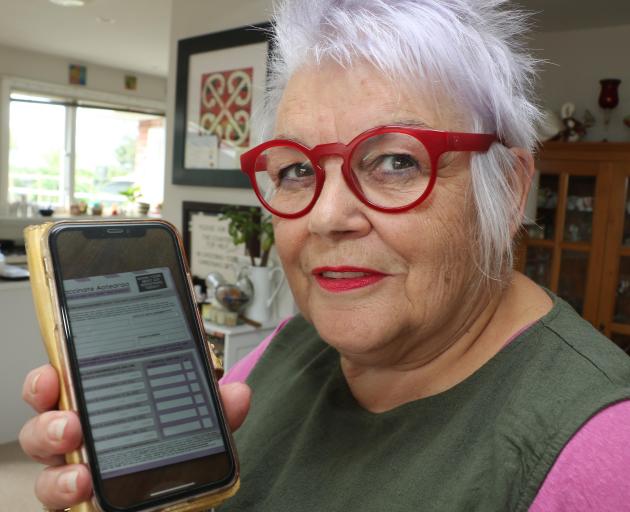 Eileen Kerr was concerned some elderly people would think the Covid booster form was real. Photo: Star Media ​
Christchurch resident Eileen Kerr received a fake vaccination booster form in her mailbox and while she recognised it was fake, she didn’t think everyone would.

Now the 70-year-old Spreydon resident is warning others to be wary of similar hoaxes.

When Eileen went to collect the mail, she noticed what appeared to be a form to book your Covid-19 booster vaccinations in advance.

She sat down at the dinner table with pen in hand, about to start filling out the form, when she noticed something strange.

“I started reading and that’s when the bomb went off,” she said.

The form read: “Jabbing our way to a “safer” New Zealand?”

That was enough to make Eileen question its authenticity, in spite of how official it looked. 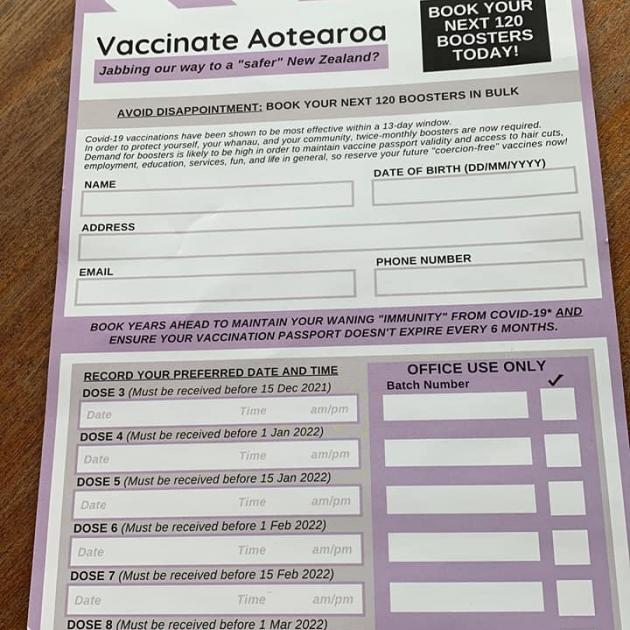 The Covid-19 booster form that Eileen received in the mail, with its distinctive slogan: ‘Book your next 120 boosters today!’ Photo: Supplied
Eileen said the paper was good quality and the form had been put in her mailbox at a time when booster vaccinations were a topic of discussion.

“I’m 70, my husband’s 60-something and I thought we’re fine, we’re not the flashest on social media, but a lot of people around here are elderly and they would go and worry about that crap if they didn’t read the small print,” she said.

The form had a space to fill in your personal details and slots to book your next booster shot, which was shown to be required every two weeks, totalling up to 120 booster shots to be booked in advance.

This wasn’t the first time Kerr had received unofficial Covid-19 forms in her mailbox.

This caused her to worry about for those people who may think it was real.

At the bottom of the form there is small print that reads: “This is NOT an official Government document. It is designed to make you think.”

But Eileen worried that some elderly might not see it due to how fine the print was.

“I’m concerned about the ones that don’t have social media or visitors,” she said.

Eileen has grandchildren who often help her and her husband sort things out on the computer, but she said not everyone has somebody to go to for things like that.

“There’s people around here that have got nobody and if they’re getting those leaflets, even if it causes just a tiny bit of concern, that is wrong.”

She said of the people behind the forms: “They think they know better and they’re ignorant ... This group have no respect. Putting their rubbish in mailboxes is wrong.”