The Prime Minister this afternoon provided an update on the Government's Covid-19 response.

She said the goal was to preserve those freedoms, and everyone had a role to manage the risks as the virus continued to grow around the world.

The Australian state of Victoria had also previously contained Covid-19, but now 36 suburbs were in lockdown due to a resurgence of cases.

She said there was an outbreak there despite quarantine facilities in use, which showed how "tricky" Covid-19 is.

"We will all battle this ongoing pandemic for some time to come," Ardern said.

"For all New Zealanders, it means remaining on guard."

Many countries that had contained Covid-19 had experienced outbreaks, including Korea, Singapore and Australia.

"We need to make sure we are prepared at all times."

A regional or local lockdown in the event of an outbreak were still options, she said, but it depended on the type of outbreak.

"We always need to be prepared."

Everyone should keep a track of where they've been, including with the NZ Covid Tracer App, and stay home if they're sick and call the doctor if they have symptoms, she said.

There were 722 swabs in the last 24 hours in managed isolation facilities, she said.

And the people trying to be reached by the Ministry of Health should do their bit and return contact, she said.

On the America's Cup, she said the Ministry of Business, Innovation and Employment was looking into the claims of misspent money, but she deferred to Economic Development Minister Phil Twyford on the matter of whether any further public funding would be frozen until the outcome of the MBIE review.

Today there are no new cases of Covid-19 for the second straight day.

There are no cases of community transmission, and the 22 active cases are all in quarantine or managed isolation.

One person in Auckland City Hospital is in a stable condition.

Melbourne had reimposed restrictions in the wake of community transmission there, and Bloomfield said local lockdowns were an option if local outbreaks occurred in New Zealand.

He urged ongoing vigilance, including staying at home if you feel sick and calling the doctor if you have any cold or flu symptoms.

He asked people to keep up-to-date contact details with their GPs or with the NZ Covid Tracker App.

Yesterday Ardern deemed the calls to re-open the border "frankly dangerous," saying to do so while the pandemic unfurled overseas would risk Covid-19 returning to our shores.

Imported cases had sparked outbreaks in New Zealand, and the current strict border measures were what allowed the current freedoms Kiwis could enjoy, as a resurgence of the virus in Melbourne forces Australian authorities to consider reinstating restrictions.

The Government was considering opening up to Australia and the Pacific, but anything further was currently out of the question, Ardern said.

National Party leader Todd Muller on Tuesday asked for clarity around the criteria for mandatory quarantine measures in the medium and long term, but did not call for borders to be opened up in the short-term.

On Monday he said that waiting for a vaccine or for other countries to eliminate Covid-19 before the border reopens would leave New Zealand "on its knees".

And Ardern had a stern warning for any Kiwis with itchy feet planning a holiday abroad - don't. 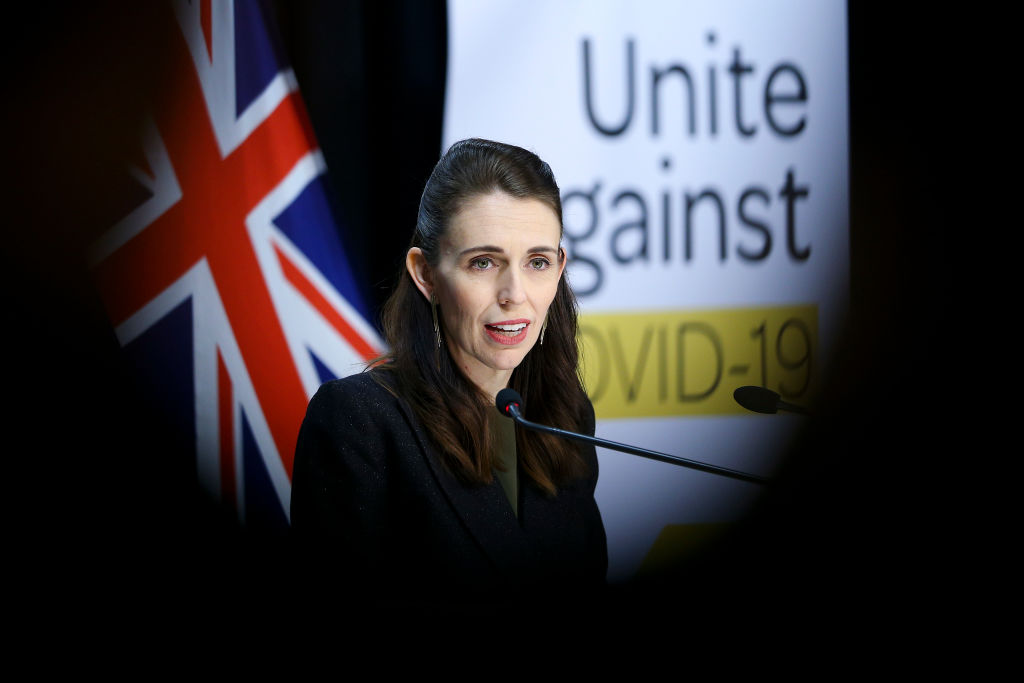 Those leaving New Zealand for non-essential reasons could be forced to pay for their mandatory two-week quarantine upon returning – forking out thousands of dollars at the tail end of their getaway.

The Government was "moving quickly" on the issue and considering changing the law to ensure Kiwis heading overseas on holiday would have to pay for 14 days' quarantine or managed isolation on their return, she said.

Figures released to RNZ showed 60 people left the country after alert level 4 was introduced and returned before May.

To the end of June, the Government has estimated it would spend $81 million on moving 21,500 Kiwis through border facilities - at an average of $3800 per person.

Ardern said holiday-makers should face a full payment, rather than a co-payment.

"I'd say if you 're making the choice at your expense to travel overseas, then you should meet the full cost of that holiday."