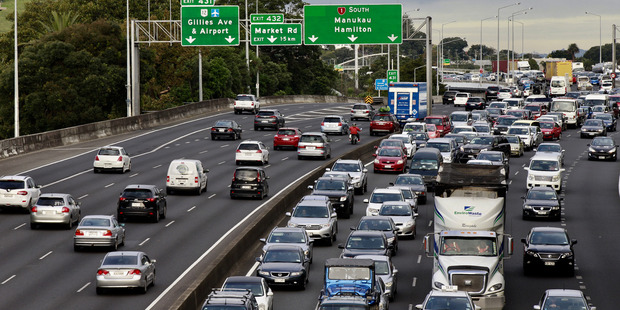 Officials believe charges could help take 12 percent of traffic off Auckland's choked roads. File photo
The Government is expected to announce congestion pricing in Auckland next week, paving the way for motorists to be charged to drive on inner-city roads as soon as 2025.

A congestion charge of some form has been backed by Labour, National, the Greens and Act, but even its strongest supporters are wary of piling more costs on low income households.

One of the loudest backers, Auckland Mayor Phil Goff, said his support was conditional on ensuring transport options were available and phasing out the city's 10 cent regional fuel tax.

Ministers are expected to announce some form of congestion pricing when they deliver their final Emissions Reduction Plan on Monday next week - a congestion charge was proposed in the draft plan published last year.

Infrastructure Minister Grant Robertson dangled the possibility of congestion pricing last week after the Infrastructure Commission warned New Zealand needed to get better use out of existing infrastructure, rather than continually building more.

The Commission also recommended the Government implement congestion pricing, to which Robertson responded it was already "looking at" the policy.

Goff told The New Zealand Herald charges could reduce traffic in Auckland by up to 12 percent, roughly "levels similar to that seen during school holidays".

"This would make a big difference in terms of reducing emissions, boosting productivity, supporting the movement of essential freight and emergency services, and improving Aucklanders' quality of life," Goff said.

His support for congestion charging was "conditional" on three things: better and alternative modes of public transport like the City Rail Link and the Northern and Eastern Busways, extending the Community Connect scheme which provides half-priced fares for people on community services cards, and phasing out the regional fuel tax, while congestion prices were phased in.

Most of the concerns around congestion pricing stem from issues of equity, and fears people on lower incomes have fewer transport alternatives and would struggle to pay the charges.

The Helen Clark Foundation published a report this morning supporting the scheme, but warned the Government needed to beef-up public transport investment to ensure there was public buy-in for the charges, and to ensure poorer communities were not adversely impacted.

The report backed the idea congestion pricing could be introduced in Auckland without significant impacts on people with low incomes, "based on the travel patterns of commuters". 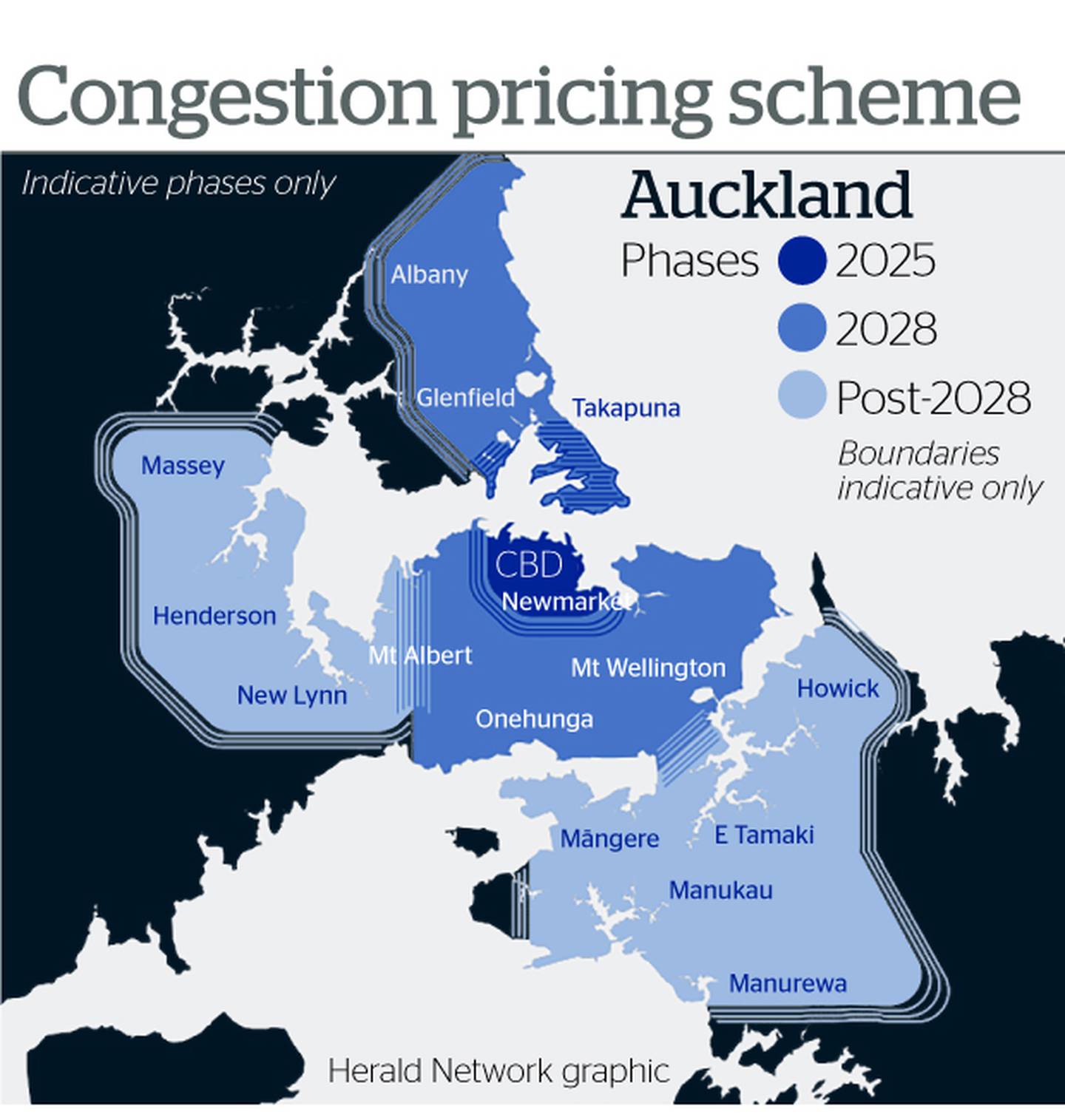 It argued most commuters to central Auckland came from the isthmus or southern North Shore, while "very few" came from the south or southwest, and "relatively few" from the west.

"Public transport and active modes account for 55 percent of the commuting trips made into the city centre, which is much higher than for other places and indicates there are relatively good services into the city," the report noted.

It warned Aucklanders already lose up to $1.3b a year in productivity through congestion, and this was likely to get worse as the population grew towards 2.4 million in the next 30 years.

Officials have not detailed what a congestion zone might look like, but the draft emissions reduction plan, an Infrastructure Commission's strategy, and the recent select committee on congestion charging recommended adopting the parts of the "Congestion Question", a 2020 report into congestion pricing in Auckland from Auckland Council and a host of central government agencies.

That report proposed establishing a congestion charging cordon in central Auckland coinciding with the opening of the City Rail Link.

Vehicles would be charged as they entered and exited the city at peak times. This would be done by cameras which automatically recognised vehicle number plates to bill people who use the congestion zone.

In 2028, the cordon could be widened to include the Isthmus area, although it might only apply during congested periods.

After 2028, the charges could again be widened to include "strategic corridors" as far north as Albany and as far south as Manurewa. This would not mean every road in those areas would be subject to the charge, just certain congested corridors.

That research suggested congestion pricing should vary by time bands, with a lower charge of $1.50 during shoulder periods, rising to $3.50 for peak travel. The report said the peak charge would align with an adult two-zone public transport fare using an AT HOP card.

AA policy director Martin Glynn said his organisation would decide whether it supported the charges when the scheme was unveiled.

He said congestion charging, while common in Europe, had not been tried in American or Australasian-style car-dependent cities like Auckland.

Glynn said revenue for the scheme would need to cover the cost of implementing it.

The Clark foundation report found the impacts on lower income people from congestion pricing in Wellington were less clear than in Auckland, and called for more work.

It said that "available modelling shows that some lower-income communities could be disproportionately affected as they will continue to make trips to and through the CBD at similar levels".

Auckland drainlayer and plumbing supervisor Jared McRobie spends around 10 hours a week sitting in traffic travelling to and from work.

"You kinda get used to it. It does take a lot of time away from family stuff and trying to commit to other activities like sports."

Based in Otara, McRobie said work for the coming months will be based in West Auckland meaning he will have to travel across Auckland each day.

While he hopes congestion charging will get commuters who could otherwise use public transport off the road, he doesn't know if tradespeople would be willing to pay a fee.

"I think it's probably more aimed at someone who works in an office who doesn't need to carry tools.

"It would help in that sense but I think tradies and whoever uses the roads for their job would be picking up the bulk of that fee," he said.

In the UK, the current congestion charge is £15 (NZD$29.03). But McRobie said he would want to see commuters like tradespeople being offered a subsidy.

McRobie has worked as a drainlayer and plumber for the past eight years and said he always had to travel for work and rarely had a job located close to his South Auckland home.

Over the past four or five years, he had noticed more cars on the roads.