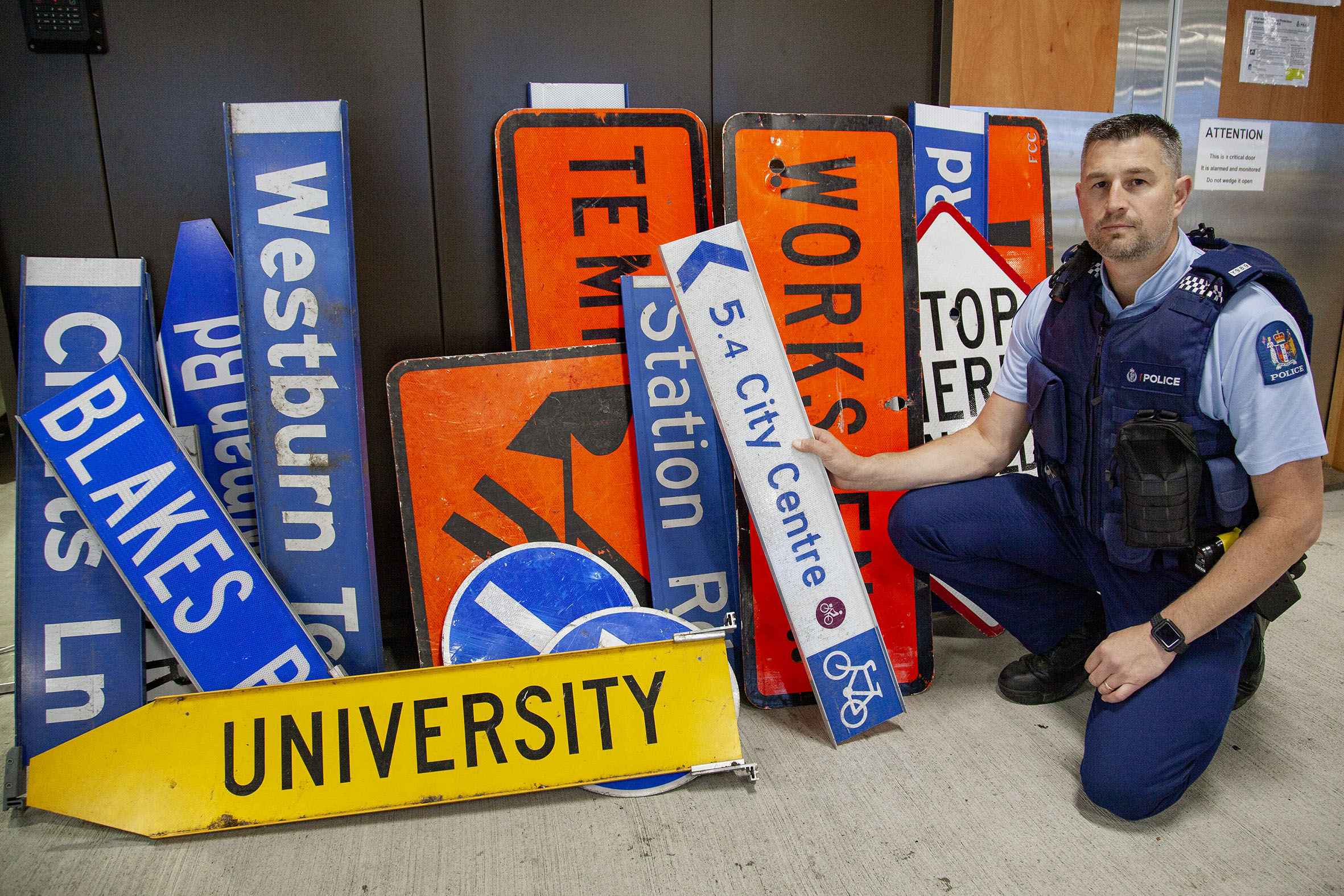 About 20 signs were found at student flats near Canterbury University visited by police recently.

The stolen street signs were recovered by police during checks to ensure people were abiding by Covid-19 gathering limits.

Said Senior Sergeant Appley: “We [police] have been going around some of the parties over the last couple of weeks and we’ve recovered a whole lot of street signs from different addresses.

"Quite a few have been loosely connected to student parties in a way.”

“Our major focus has just been recovering them [signs] because, firstly, it’s going to save the [city] council quite a lot of money and, secondly, in the road safety aspect, if a stop sign’s been removed and someone doesn’t stop at an intersection because there’s no obvious sign, then that could cause a serious crash.”

He said stealing signs has the potential to put road users in danger and it is expensive for the city council to replace them.

No charges had been laid because it was very difficult to prove who had actually stolen the signs, Senior Sergeant Appley said. 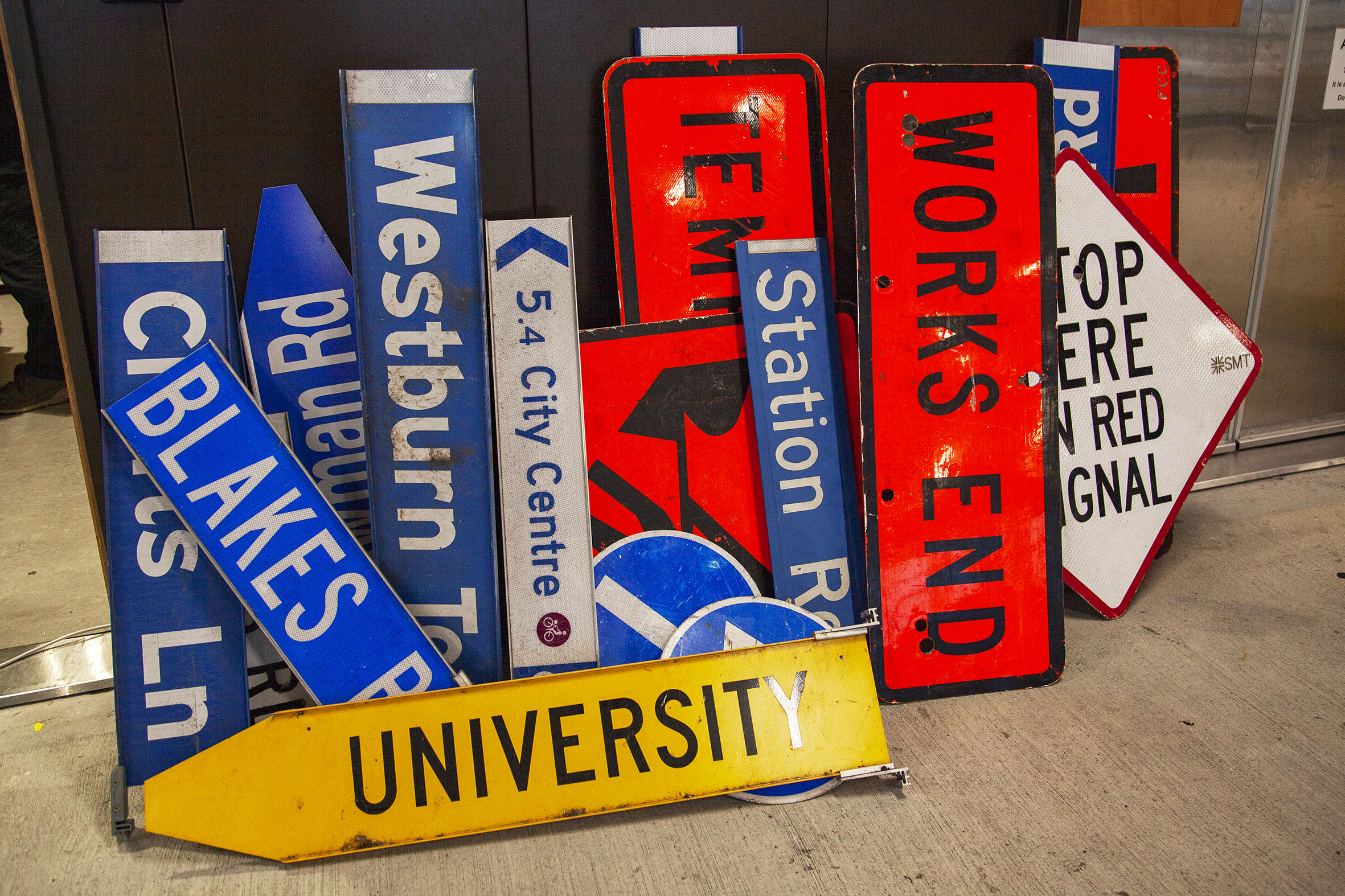 The street signs cost between $120 and $150 each to replace and install. Photo: Geoff Sloan
Star News