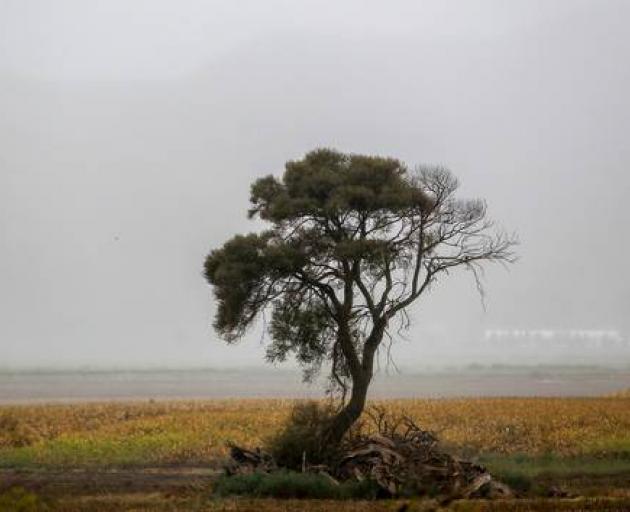 The tree back in March this year. Photo / Paul Taylor

An iconic tree in Te Hauke has been damaged by strong winds which rampaged through Central Hawke's Bay last week.

The tree, referred to by some residents as 'Our Wanaka Tree' due to its similarities to the famous tree in the Central Otago town, was damaged by winds gusting over 100km/h in the area in the last fortnight.

While the tree is above water now, it is often partially submerged in the swamp, similar to how 'That Wanaka Tree' grows in the shallows of Lake Wanaka.

It also grows at an angle, another similarity with its more famous South Island counterpart.

The Te Hauke version, however, has been left looking somewhat bare following the wind, which ripped the tree in half. 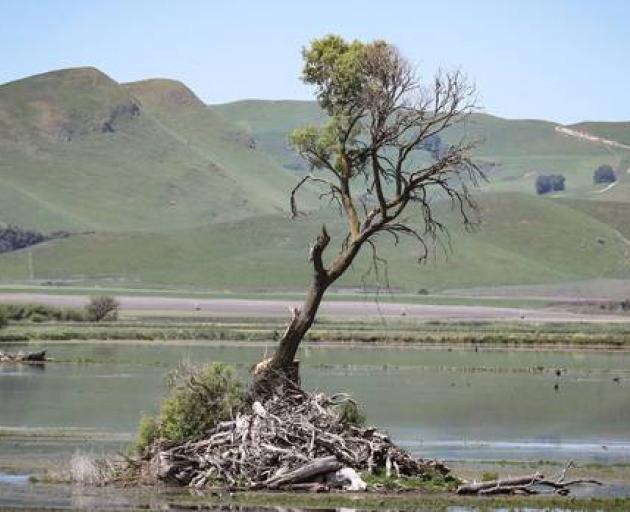 The tree which was damaged by strong winds. Photo / Warren Buckland

Waipawa photographer Christine Blair said she noticed the damage while driving up to Napier on Saturday.

She said she always looks out when driving past, and noticed the tree was looking somewhat depleted.

She compared it to an old house, also in Te Hauke, which is well known in the area.

"That's well known, and it's one of the most photographed houses in New Zealand.

Christina Hansen said photographers flock to the tree in Wanaka (pictured), so she had started referring to the one in Te Hauke as 'Our Wanaka Tree'. Photo by Stephen Jaquiery.

"There is a lot of history around that area."

Meanwhile Clive resident and amateur photographer, Christina Hansen, said she first noticed the "lonely old tree" when the surrounding area was flooded, and it was sitting above the water.

She said photographers flock to the tree in Wanaka, so she had started referring to it as 'Our Wanaka Tree'.

She said artistically, it was beautiful to photograph, especially in certain weather.