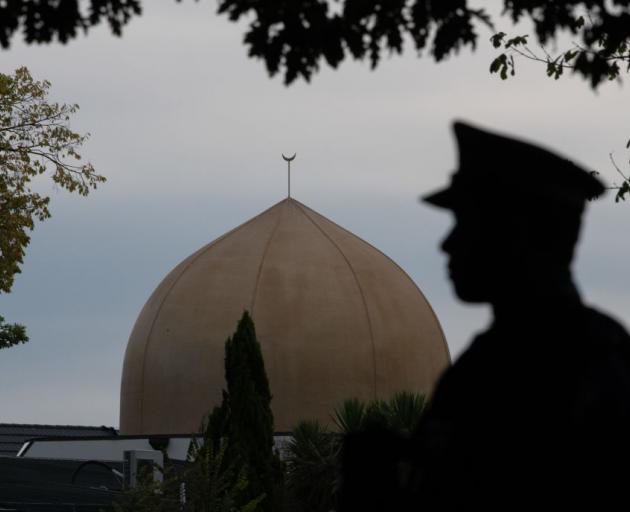 Fifty people were killed and about 40 injured in the attacks at two Christchurch mosques on March 15. Photo: Getty Images
Mental health helplines have been inundated with calls from people traumatised by media coverage of the Christchurch terror attacks.

People who saw the gunman's own video have been particularly affected.

The Mental Health Foundation's chief executive, Shaun Robinson, said some of the media coverage was ghoulish and too detailed in depicting the horror.

"Helplines and help services were pretty inundated in that first two weeks following the shooting and there's a big concern for the several thousand Kiwis who watched the online streaming of the event, so really experienced it through media.''

Mr Robinson said they were trying to develop processes on a national basis to reach out to those people, including making available helplines such as 1737.

It was likely the country would be dealing with the consequences of the shooting for people's wellbeing and mental health for some years to come, he said.

People should limit their exposure to the media during horrific events, Mr Robinson said.

He said there was saturation media coverage immediately after the shootings and the Mental Health Foundation, in conjunction with Homecare Medical and the Canterbury District Health Board, asked the media to limit disturbing coverage of the event.

"There's no need to go into the horrific detail when reporting on something like this. It's horrific enough that it has happened, but actual very graphic descriptions of what happened, chasing down people who were there, or first responders or witnesses, that starts to become quite ghoulish from the perspective of how media are treating a subject like this, and it really doesn't add anything to the national response to this issue or to the national recovery.''

Mr Robinson said, by and large, the media heeded that advice and acted quite responsibly.

He said there were ways to try to prevent traumatic events having a major detrimental impact on your mental health, including reaching out for help, talking about how you feel and not focusing on the event, but instead concentrating on routine things in your life and things that generally make you happy.

"While some people will definitely need some pretty intensive support, you know many of us will be able to work through these events, and if we focus on building our wellbeing then we'll be able to get through this.''

Mr Robinson said although not everybody would get post-traumatic stress syndrome from viewing such footage, just processing it emotionally and psychologically could take time and be upsetting to a lot of people.

Shut down public comment during Terror alert. It's the ideological, the fellow travellers, that are scaring the public.