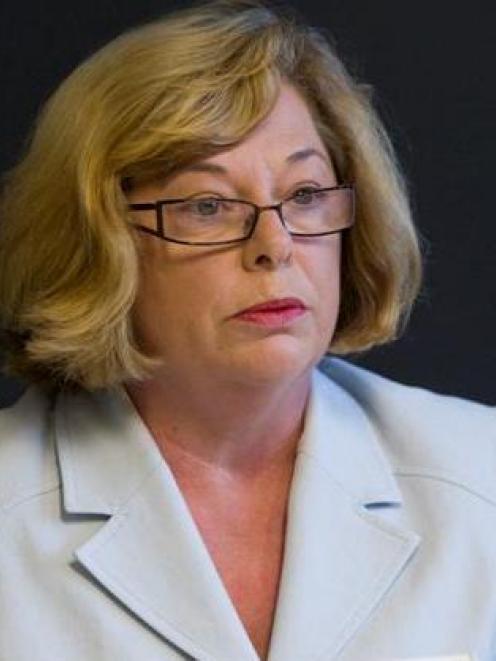 Paula Rebstock
Having welfare mums head back to work when babies are 14 weeks old and merging main benefit levels into one support payment are some of the radical changes suggested to discourage long-term dependence on the dole.

The Welfare Working Group today released its final report, giving the Government 43 recommendations to reform the welfare system into a work-focused programme.

The report focuses on cutting the number of people on welfare, currently about 360,000, by putting work obligations on them in exchange for support such as childcare.

The group suggested the Government set a target of at least 100,000 fewer working age people on welfare by 2021, and reduce the 31 percent of working-age Maori on the dole by about a third.

"The social and economic costs of the current New Zealand welfare system are unacceptably high and the potential benefits of reform are so significant that fundamental change is needed," Welfare Working Group chairwoman Paula Rebstock said.

"The Welfare Working Group is confident that if the reform package is implemented effectively, it will have a positive impact on many individuals, their families and the wider community."

Ms Rebstock said the cost of welfare would go from $47 billion to $34b by 2021 if reforms proceeded.

Among the group's radical suggestions were having solo parents work 20 hours a week when their youngest child reached 3 years old, and if they had a subsequent child while on welfare, they would have to look for paid work when the child turned 14 weeks.

The group recommends a subsidy for solo parents aimed at covering the costs of childcare for the first six months of work, or two years of study.

But the Government should set clearer expectations for people on the welfare system to look for paid work, and if recipients do not meet their obligations, the group said recipients should face gradual reductions of assistance.

Other changes suggested were merging all existing categories of benefits into a single Jobseeker Support payment.

Jobseeker recipients would receive the current rate under the unemployment benefit, the additional costs of the other benefits would be converted into supplementary payments.

Ms Rebstock said the single work-focused payment would raise the number of people looking for work from 37 percent to 77 percent.

The establishment of a delivery agency, Employment and Support New Zealand, responsible for achieving better long-term outcomes, was also suggested.

"This Government certainly believes a radical shift is needed, to put the focus on what people can do, not what they can't do," she said.

"New Zealand now has an opportunity to make real, lasting change to our welfare system to break the cycle of dependency.

"This will take time and we'll keep talking to New Zealanders about the kind of welfare system they want, that is fair and effective," she said.

* a work-for-welfare scheme to test the willingness of recipients to comply with job search obligations;

* having doctors issue "fit notes" that would focus on information about what a person can do for work;

* offering drug and alcohol treatment to addicts and if refused, the recipient could face reductions of assistance;

* having 16- and 17-year-old solo-parents undertake parenting and budgeting programmes;

* adopting an approach modelled on ACC's Better at work scheme;

* incentives for people with temporary exemptions to work such as tax credits or other in-work financial support;

* policies that will tackle the high levels of under-achievements in schools;

* having an ongoing assessment of the impact of the welfare system on the well-being of children as 222,000 children are growing up in benefit dependent households;

* offering budgeting support services to recipients who have difficulties with budget management;

* and having a committee to overlook the changes.