The announcement of the Government's intention to make welfare reform an election platform refocuses attention on the Welfare Working Group's recommendations. While there are some initiatives to applaud there are also many to be concerned about, writes Laura Black.

The final report of the Welfare Working Group released in February has much to appreciate: increased emphasis on prevention; better support for those unable to work; enhanced responsiveness to Maori, Pasifika, migrants and refugees; incentives to employers; on-the-job training and mentoring; improved access to and flexibility in early childhood education; increased support for out of school hours services for children; and individualised support plans recognising the needs of those on benefits.

There is much, however, to be concerned about.

The group appears to have confused entitlement to welfare support during times of loss of health or work with an unproven theory of "dependency", and the overwhelming focus of the report upon the behaviour of those without work seems to propose that it is the fault of those without work that they are unemployed.

Yet the facts are that. -

• The total number of people receiving benefits has dropped over the last decade.

• The number of people unemployed has risen only since the recession, and the Government's own documents show that this is due to changes in economic conditions, not the behaviour or attitudes of those on benefits.

• New Zealand's long-term unemployment as a proportion of total unemployment is about a quarter of the OECD average.

• Over the last 15 years, the average annual growth in government spending on benefits as a share of GDP has declined.

• Benefit spending is predicted to decline substantially as a share of GDP for the next 40 years, even with no change to the levels of entitlement.

• Benefit fraud accounted for less than 0.1% of the 2009 spending on benefits.

• Average benefit payments as a proportion of the average wage has fallen more or less steadily since the 1970s.

• There is no evidence that anyone has babies to get more welfare.

• Living on a benefit means living on an income about half that of people on the poverty line.

In ignoring these facts, the group has proposed changes to the benefit system to fight an imaginary enemy, and which will, if implemented, risk wasting the time, resources, and morale of many.

• The recommendations for putting those who are young, who struggle to live on the benefit, who have alcohol or drug problems under a form of statutory management, will not encourage self-responsibility, but instead raise resistance, anger, and fraud.

When has anyone responded positively to being treated as a number, someone whose private life may be invaded and judged, whose fertility and recreational habits are matters for management by a government employee?

• Allowing those who care for someone who is sick to be exempted from the work test, while those who are sick are not exempted, is bewildering.

• The proposals for an ACC-style management system will likely bring with them ACC levels of appeal and overturn - running at nearly one-third of all decisions on elective surgery - at similar levels of financial cost (lawyers), and time costs, and the cost to hope.

• With so few beneficiaries sustaining long-term benefit uptake and such a small incidence of fraud, the proposal to rework the entire benefit system (including disestablishing Work and Income and creating a new crown agency) would surely be a waste of already stretched taxpayer funds. Certainly, it would cost more than it could possibly save.

More than 98% of those on benefits already behave as the group desires, and need no "correction". Yet to reach the tiny remainder, the group has proposed mechanisms that will be counterproductive, expensive to implement and administer, and degrading for almost all.

Dehumanising those who are struggling economically, with their health, with their futures, will not bring New Zealand back to the top of all those OECD league tables where we now languish near the bottom.

There is one solution to the problem of there being too many people in receipt of benefits. Jobs. Meaningful, suitable, well-paid jobs.

- Laura Black is chief executive of the Methodist Mission. 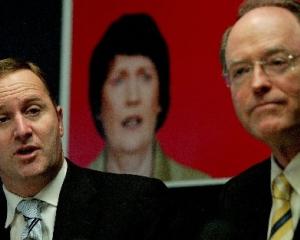