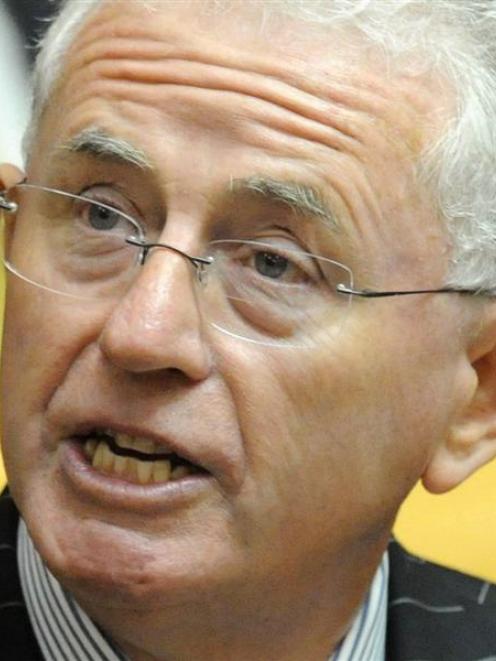 Sir Michael is proud of how staff cuts are being handled as the delivery reduction looms, saying it was very different from public sector lay-offs in the 1980s.

However, the Postal Workers Union says many posties will leave unwillingly.

Many are on fixed-term contracts and ineligible for redundancy.

About 300 posties are expected to be out of the job next month, followed by another 100 in the next couple of years.

''This is an employer which is in the process of one of the biggest reductions in labour in the history of New Zealand government agencies.

''When you've got the number of letters going down 10% a year, you can't keep on carrying the same number of people in jobs,'' Sir Michael said.

He accepts some posties are feeling upset and undervalued.

''It is not their fault. That's the hard thing I think for people to gather.''

Some had been helped to gain new qualifications to prepare for new careers.

''And I know that's still not enough for many people and that's absolutely understandable.''

Sir Michael has investigated concerns voiced last week by a Dunedin on-call postie and unions that the company was using zero-hour contracts and penalising people who were not available at all times.

He was satisfied the company was not using those arrangements, and said calling the casual contracts zero-hour was a ''perversion of the term''.

While mail volumes were dropping, the mail business was being divided between more players.

Some, such as DX Mail and Whitestone Post, use New Zealand Post to deliver letters for their clients.

Asked about small-town providers such Whitestone Post, which is run by an Oamaru taxi firm, Sir Michael said: ''Goodness knows how they make money out of it''.

Questioned whether mail delivery was a public service, Sir Michael replied: ''I'm sure the taxi driver doesn't see it as a community service.''

Sir Michael did not view letters as any different from other forms of communication.

''Delivering letters isn't a public service. It's a means of communication. It's no different from Facebook or Twitter or email or telephone calls.''

The future of the company was expected to be mainly in parcel delivery.

Postal Workers Union spokesman John Maynard said many posties had been hired on fixed-term contracts and some felt they were being ''used'' by the company as a stop-gap measure.

It meant people losing work next month would not be counted in redundancy figures.

''The amount of redundancy numbers the company is going to pay out will be a lot less than 400.''

The union has been in conflict with the company about whether it is breaching the collective agreement in respect of the required number of permanent workers.

From next month, mail delivery in urban centres will fall from six days to three days a week.