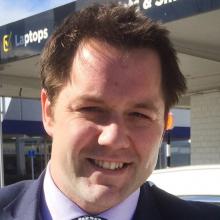 Hamish Walker
A cut  in migration numbers at the levels projected by the Government would have a catastrophic effect on the southern economy, Clutha-Southland MP Hamish Walker said yesterday.

Mr Walker has written to Prime Minister Jacinda Ardern to draw attention to the problems the South would face without skilled migrant labour.

‘‘Without access to labour, growth would stall and areas like Queenstown and rural Southland and Otago will grind to a halt.’’

The first-term MP said he had experienced an increasing number of inquiries from constituents coming through his offices in Gore, Balclutha and Queenstown, concerned about immigration cuts.

Farmers in rural Southland and Otago told him every week if migrant numbers were cut, some would not be able to run their farms.

In Queenstown, employers emphasised how difficult it was to fill roles, Mr Walker said.

‘‘You only need to look at the number of job vacancy advertisements in Queenstown to see how desperate the situation is.

Mr Walker reminded Ms Ardern that she made it clear before the election the Labour Party’s policy was to cut inward net migration to 20,000 to 30,000 from 70,000.

While accepting the formation of a new Government had given Ms Ardern the mandate to implement her policies, Mr Walker believed the reasons for cutting immigration were almost entirely related to urban centres like Auckland.

Growth in Otago and Southland should not be a casualty of setting national migration targets focused solely on Auckland, he said.

Because unemployment was so low in the South, there was not the capacity to fill all jobs with local labour.

Increasingly, employers had been using migrant workers who had been filling the skill shortages and living, working and contributing to communities in positive ways.

‘‘They have helped to create vibrant and multicultural communities right across Clutha-Southland, from Queenstown and Te Anau, to our rural centres, such as Winton.’’

Under the scheme, Pacific Islanders are given short-term visas to work in New Zealand’s horticulture and viticulture industries.

The cap increased last year to 10,500 and the Government has decided it will increase to 11,100 this year.

We live in a free market economy, that means when you need labour and it is in short suppy, wages should go up. You don't allow more immigrants to keep the wages as low as possible. It's policies like these that further exacerbate NZ's low wage economy.

Well said Flatout. ... Just because New Zealanders are not happy to share a bunk with 5 others in a room in a poorly insulated Queenstown house for more than half their pay does not scream skills shortage. Its a bit of a broken record here.....Anyone with half a brain can work the problem out without "business leaders".......too high rent / too low a wage = skills shortage.......solution....simple, Ill give the business leaders a hint......provide some quality accommodation + above competitive wage, perhaps 2 weeks on 1 week off (so the rest of the employees family can live in a more affordable location) = skills problem averted.....too easy.

there must be people that can do this.....but don't want to....as money to slack

I think the cuts are all bull. as they let in 200 up north.....to build....I think in the end. the new goven ment wont force any thing like what that said last year....as its very PC and may make them look to hard.....