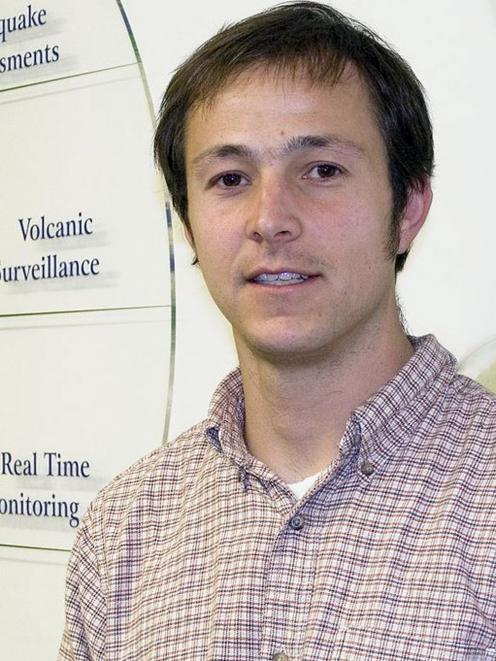 Bill Fry
Tens of thousands of people in the northern North Island could be vulnerable to tsunami, and a better tsunami alert and monitoring system is needed, Dr Bill Fry says.

"New Zealanders are at risk of damaging earthquakes and, with most living close to the ocean, they are threatened by tsunami," Dr Fry, a research seismologist at GNS Science, says.

Dr Fry, of Wellington, was visiting Dunedin late last week and on Thursday gave tsunami-related talks, during a national Hochstetter lecture tour, on behalf of the Geoscience Society.

Scientific awareness of the hazards posed by the Kermadec subduction zone, north of New Zealand, was also growing.

During "great subduction earthquakes", of more than magnitude 8, the densely populated coastal areas in the northern North Island were at risk.

One risk was that a sizeable tsunami could be generated, but the preceding earthquake might not cause sufficient shaking on the mainland "to trigger effective and widespread self-evacuation".

What was needed was greater public awareness of self-evacuation and protection principles, such as "if it's long or strong, get gone", and more advanced scientific research.

"We should try to provide as much education as we can to have a well-informed population, and try to improve our science observations, so as to improve our forecasts".