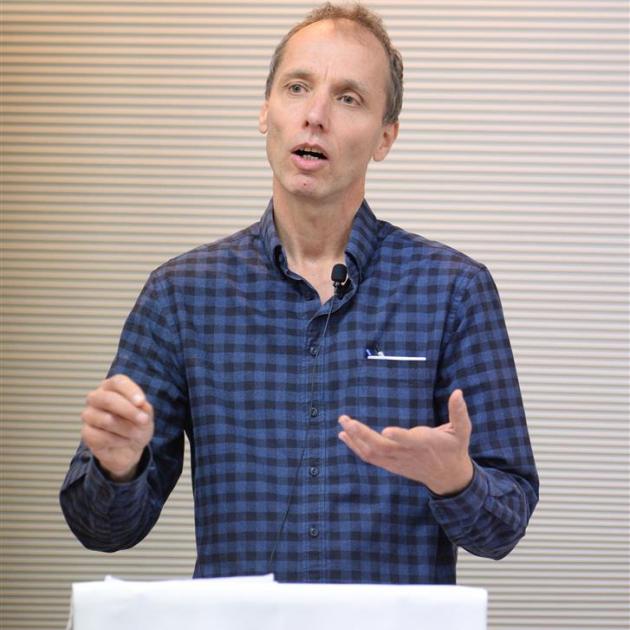 Some Government ministries risk being damaged in the long term by their refusal, at times, to engage with the public over alternative viewpoints on defence and foreign affairs.

That comment came yesterday from Wellington investigative journalist Nicky Hager, in an address to more than 100 people at the University of Otago's 51st annual Foreign Policy School.

Mr Hager spoke out over moves by ministries to use public relations strategies and deliberately refuse to comment, to deny some potential controversies any "oxygen''.

This approach had also been combined with a refusal, in some cases, to provide information in response to Official Information Act requests.

His talk was titled "The use of public relations and secrecy to exclude the public from foreign policy, military and security issues''.

Mr Hager had spent five years researching and writing his book 2011 Other People's Wars, an investigation into New Zealand's role in the "War on Terror''.

Some foreign policy, military and security information deserved to be kept secret from the public.

"More often, however, secrecy and PR are convenient ways of avoiding public and political scrutiny and criticism,'' he said.

His book had highlighted the difference between what New Zealanders had been told about its role in Afghanistan and Iraq, and what was shown by a host of "sensitive'' official documents he had obtained.

He noted that Ministry of Foreign Affairs and Trade chief executive Dr Brook Barrington had indicated in an earlier speech at the school that diplomacy was an art that was often practised "in private''.

Mr Hager argued for a wider, more inclusive and more transparent approach, and said it was in the wider public interest and in the long-term interests of the two ministries to engage more with alternative viewpoints.

When his book was published, the two ministries declined to comment on all aspects of it.

But unless the ministries responded to alternative ideas, they could become a cosy "club'' in which only "self-confirming ideas'' were welcome and "there's a price on your head if you say something different''.

An Mfat staff member emphasised during a question and answer session that she was also mindful of her role as a New Zealand citizen in undertaking her work.

She was working in the country's interests and many factors, including laws, affected the ministry's ability to comment at times.

Mr Hager said he was not being critical of any individual staff members at Mfat, but was questioning aspects of a wider "culture''.