0 Comments
An Auckland couple's Mt Eden rental property was flipped through different branches of the same realty firm - effectively selling twice in one day - with an investor pocketing nearly $100,000 on the couple's house.

Barfoot & Thompson has apologised to the couple and taken "the action they see as necessary" against the agent concerned, who it says failed to follow the company's internal policies.

Mike Diggins and his wife have now complained to the Real Estate Agents Authority (REAA).

They say a law change is needed to crack down on speculators cashing in on people's homes and hiking prices.

"No one's done anything illegal," Mr Diggins told the Herald. "Morals or ethics are another matter.

"The law needs to be changed. It's just paper money making paper money."

Mr Diggins, an Auckland IT specialist, off-loaded the couple's five bedroom Disraeli St investment property on November 30 for $1.255 million. It was sold at auction through Barfoot's Grey Lynn branch to investor Peter Lee.

But weeks later Mr Diggins received a call from the firm's Panmure branch manager Chris Swann informing him the property had been on-sold just eight days after the auction through another Barfoot agent, Panmure-based Jane Wang.

The firm launched an internal investigation, which found the property had been flipped by Mr Lee through Ms Wang to Chung-Wei Chen for $1.35 million - an instant mark-up of $95,000. Settlement was to occur on the same date as the original sale - January 25. 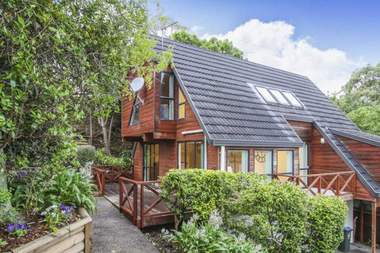 In a letter to Mr Diggins dated February 22 after Barfoot investigated the transactions, Mr Swann said though there was no legal impediment to on-selling a property, "the agency is very aware of the damage that can be done to its reputation if such a process is not handled in a clear and transparent manner. Such transparency is required to avoid the very situation we now find ourselves in."

The investigation found appropriate procedures were followed during the initial sale to Mr Lee. However, Ms Wang had not followed internal policies when a contract to on-sell to Chen was signed before the initial sale had settled.

"In this case Ms Wang, quite simply, did not meet the requirements of informing her branch manager at the time of the second sale. That in turn meant that you, as the original vendor, were not informed at the time that you should have been.

"The Directors of the company have met with Ms Wang and taken the action they see as necessary in order to address the matter."

Ms Wang is still employed by Barfoot. Her online testimonial boasts she is one of the Panmure branch's top selling agents.

She said yesterday she was just doing her job and had no further comment.

Mr Diggins told the Herald Mr Lee's overnight profit on his former home was "about a year's salary for me".

Mr Diggins was happy with the price he received, which was in line with estimates.

But Mr Diggins questioned how investors could on-sell a property for huge profits before the initial contract had even settled and before they'd taken ownership and possession.

He believed regulatory changes were needed to address the problem and prevent on-sellers artificially "hiking prices" at the expense of ordinary people.

Barfoot director Peter Thompson said he was unable to comment while the matter was before the REAA.

The Herald put questions about the on-sale to Mr Lee.

He responded by email with an image, below, of actor Patrick Stewart as fictional Star Trek character captain Jean-Luc Picard embedded with the words: "I can explain it to you but I can't understand it for you." 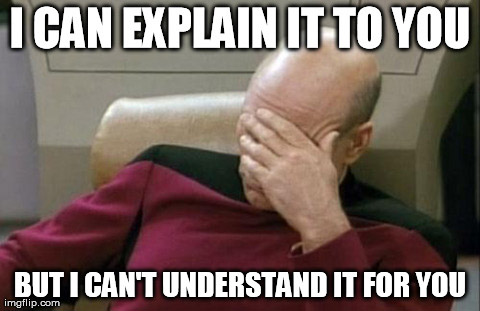