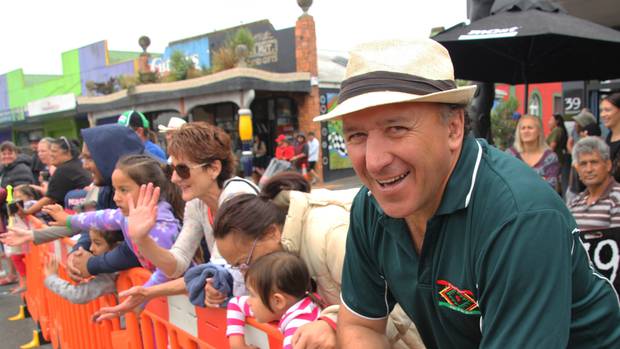 A Northland iwi leader is backing a five-year government plan to help break the intergenerational cycle of Māori reoffending and imprisonment through a raft of measures.

The acting chair of Ngāti Hine, Pita Tipene, said the percentage of Māori in prison or those reoffending was "totally untenable" and that an intervention was required.

Corrections Minister and Te Tai Tokerau MP Kelvin Davis this week launched Hokai Rangi— a strategy that aims to lower the proportion of Māori in prisons through a series of short and medium-term actions.

Whānau will be supported to work alongside Māori prisoners in Corrections' care on their rehabilitation and reintegration journey.

Tipene said the short, 13-week rehabilitative courses at Ngawha Prison, near Kaikohe, that were making a positive impact on prisoners' lives should be extended for better outcomes.

"Kaupapa Māori has a real empathy to their heritage and will better respond to a Māori approach. That's very apparent when you go to a marae on how their behaviour changes.

"Intervention was required because you just can't keep doing the same thing all the time."

A kaumatua at Ngāti Hine and former senior Māori cultural adviser at Corrections, Harris Shortland, said prisoners' view of Māori support people as being part of the system needed to alter if real changes were to be made.

"The minister is on track and if he can get Māori on board, the initiative will work."

Arthur Fairley, a Northland criminal lawyer and president of the Sir Peter Williams Prison Reform League, said any efforts to reduce the appalling statistics of Māori in prisons was welcomed.

"Short-term, sending young men and women to prison, especially those with mental health or drugs issues or those having difficulty reading and writing, won't address the problem."

Long term, Fairley said, the low socio-economic status of areas Māori prisoners came from was the root cause of their behaviour.

"There has to be a consistent political will to pull off something like this," Fairley said, referring to the government strategy.

Davis said the status quo was no longer acceptable because the Corrections system has not worked for most Māori.

His ministry is currently prioritising the appointment of a deputy chief executive – Māori, a new role to ensure a dedicated Māori voice at the top table.