Maori tribal leaders will today sign a "covenant" with the nation's children, promising to treasure and respect them and make childhood a time of "joy and light".

The signing, at a 68-member Iwi Chairs Forum at Hopuhopu near Ngaruawahia, will launch a public campaign to adopt the covenant as a national constitutional document like the Treaty of Waitangi and the Bill of Rights. 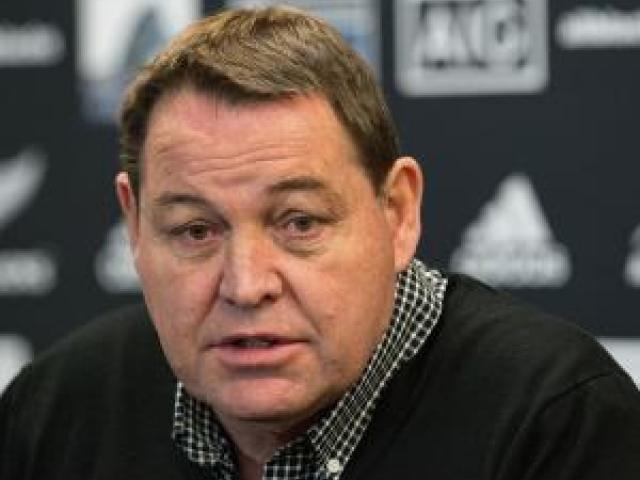 Children's Commissioner Judge Andrew Becroft, who will be present, said that even though the document was only words, he hoped it would inspire all New Zealanders to take the issue of protecting children seriously.

"The Declaration of Independence in the United States was words, but words can galvanise and encourage," he said.

All Blacks coach Steve Hansen, who was consulted by the document's author Judge Carolyn Henwood, said New Zealand was "not doing a good enough job at the moment in looking after our children".

"Each and every one of us as New Zealand residents needs to take ownership of it. There is nothing more precious to us than our children," he said.

Social Development Minister Anne Tolley said she had agreed to look at ways to incorporate the covenant into a law now being drawn up for a new ministry for vulnerable children.

New Zealand has the fourth-worst rate of child deaths from assault out of the 35 OECD nations. Our eight children under 15 who died from assaults in 2011 gave us a death rate per 100,000 children that was seven times higher than Australia's and exceeded only in Estonia, the United States and Mexico.

Ngati Whatua leader Naida Glavish, one of three iwi leaders who have promoted the covenant through four iwi chairs meetings leading up to today's signing, said she hoped the iwi endorsement would spark a nationwide commitment to protecting children.

"It's a whole country thing, it's a social thing, it's something we all have to take into account. It's not an issue that belongs to any one culture," she said.

The document says the people of Aotearoa New Zealand "make a solemn and enduring covenant with our nation's children" to "do all in our power to ensure that all our children are treasured, respected and enjoy a good life full of opportunity".

It pledges not just to "protect them from all forms of violence, abuse and neglect", but also to give them a proper standard of living, respect their sense of identity and provide them with "education that acknowledges their individual needs and maximises their potential".

"We make this pledge to every child. Childhood should be a time of joy and light. It should be free from fear and neglect and isolation," it says.

Judge Henwood, a former Youth Court judge who recently headed a confidential listening service for people who were abused in state care, said the document aimed to provide a positive "shared vision" for the nation's children that was not stated anywhere in laws such as the Vulnerable Children Act.

"I looked in the Bill of Rights, there's no children there. It's really a gap," she said.

"Things like this can do more than you imagine if they feed into the hearts of the nation. It's no good if it's not going to change things on the ground in churches and in families and in iwi and in non-government organisations and in homes and everywhere.

"It's about who we are as a nation. I'm giving it a try. If it ends up falling on stony ground we are pretty doomed, because that means we'll never do anything, we'll just do things with money at the centre."

- By Simon Collins of the New Zealand Herald

A Covenant for Our Nation's Children

We the people of Aotearoa New Zealand make a solemn and enduring covenant with our nation's children, whoever they are and wherever they may be, in equal measure, those children who are born and those born in the future.

We as New Zealanders undertake an unconditional duty to do all in our power to ensure that all our children are treasured, respected and enjoy a good life full of opportunity in a nation that is diverse and rich in culture and aroha.

This covenant recognises that to allow our children to thrive and stand strong at home, in their communities and in the world, we need to take responsibility for our role in the lives of all children. To that end, we will be champions for our children and will act with integrity in our dealings with them and treat them fairly in all things to ensure that they receive justice.

We will protect them from all forms of violence, abuse and neglect.

We will strive to provide them with a proper standard of living.

We will preserve and respect their sense of identity, in particular by strengthening the bonds with parents, family, whanau, hapu and iwi.

We will support the emotional, social, physical and mental wellbeing of every child.
We will provide them with education that acknowledges their individual needs and maximises their potential.

We will hear the voices of children and take their views and their interests into account.
We will ensure they are at the centre when making decisions about them.

We will strive to ensure children have the benefit of continuity and stability in their lives.
Our vision is that every child of our nation will be valued and have a sense of place, a place to stand and know their place.

We make this pledge to every child.

Childhood should be a time of joy and light. It should be free from fear and neglect and isolation.

We will do all that we can to implement this covenant both in times of plenty and in leaner times, knowing always that this solemn commitment made to our children runs deeper than money and resources, but touches upon who we are as a nation, how we define ourselves and our relationships to each other, our connection to our land and all of the peoples who live on our land.