Key denies his credibility has been damaged 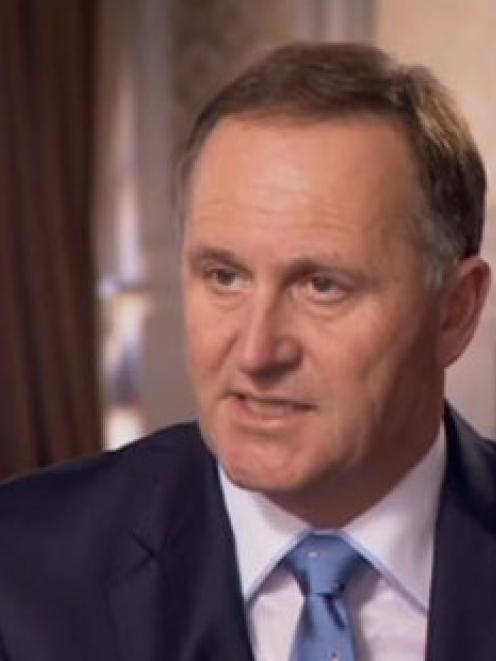 John Key on Q&A this morning. He denied his credibility had been damaged. Photo / Q&A / Screenshot
Prime Minister John Key has apologised this morning for his ponytail-pulling antics, labelling himself "the most casual Prime Minister New Zealand has ever had".

Mr Key told TVNZ's Q and A today he completely misread the situation where he repeatedly pulled the ponytail of a waitress at his local cafe.

A political storm erupted after the waitress posted an anonymous letter on the left-leaning website The Daily Blog on Wednesday, saying Mr Key had behaved like a "schoolyard bully" when he pulled her ponytail on repeated occasions.

The waitress said she made it clear the physical contact was offensive and unwanted, even threatening to hit him if he did not desist.

He eventually apologised by giving her two bottles of his own pinot noir wine.

However, Mr Key said today he was just having fun and hoped it would not turn the New Zealand public against him.

He said he needed to make sure he was "a bit more careful" in the future.

"I've been having a bit of fun but actually in doing that I have badly misread the situation ... I do like to have a bit of a laugh and I'm probably the most casual Prime Minister New Zealand has had," Mr Key said.

"I have to take total responsibility for that. I shouldn't have done the things I have done."

Mr Key also came under fire in the interview about the lack of transparency around the deployment of New Zealand troops to Iraq this week.

He said, despite the criticisms, the majority of New Zealanders thought it was the right thing to do.

There were a range of reasons for the deployment but the main one was to fight the growing Islamic State of Iraq and the Levant jihadist group (ISIL), he said.

"If ISIL became a much stronger force then New Zealand will suffer.

"Unless we help degrade that risk, I think they'll present a greater threat."