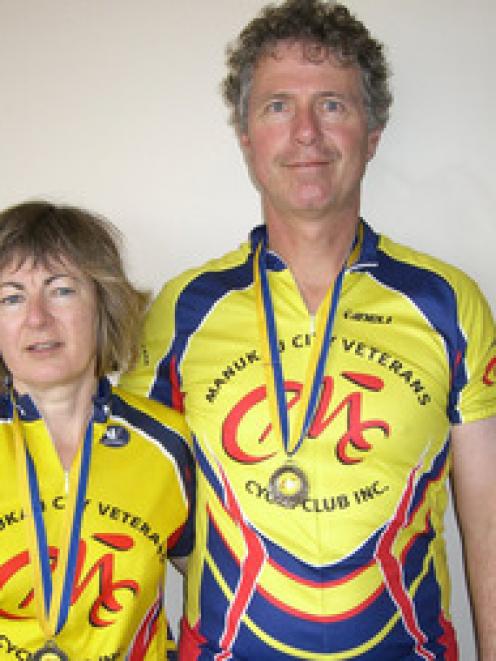 Jane Farrelly was killed while cycling with husband Ian and friends. Photo / Supplied
A man watched in horror as his wife was knocked off her bike and under a passing truck as they rode with friends.

Auckland mother-of-two Jane Farrelly, 50, died shortly after the collision during what should have been a fun weekend away in Taupo.

Her death is the latest in a series of serious incidents involving cyclists and drivers. Police said last night they were interviewing witnesses before determining the cause of Saturday's collision.

Mrs Farrelly and husband Ian Farrelly were among a group of experienced cyclists riding up a hill on 100km/h Poihipi Rd, north of Taupo, when a truck and trailer unit carrying farm implements came from behind.

Mrs Farrelly's sister Tina McCullough said yesterday about seven of the group were in single-file bunches riding up the hill.

"My brother-in-law was at the back of the second bunch. He saw my sister get up out of her seat, which is what you do when you go up a hill, and she must have sensed something because he said she looked back and as she looked back she wobbled very slightly. The driver hit her front wheel," Ms McCullough said.

"He [Mr Farrelly] saw it. Jane put up a huge fight, but unfortunately lost her life."

The female riders of the group, who cycle with the Manukau City Veterans Cycle Club, were supposed to be competing in the Annies Girls on Bikes ride around Kinloch. When the race was postponed on February 26 the group decided to travel to Taupo anyway.

"This was a weekend they had been really looking forward to," said Ms McCullough. "Ian said Jane was so happy. The sun was shining.

They were having a beautiful ride. They were with good friends and he said she just had everything to live for, and it's all gone."

The Farrellys, who were high school sweethearts and married 26 years ago, had only recently sold their business and Mrs Farrelly worked in logistics at K-Mart."Obviously we're all devastated. Jane was one of those people who was a huge contributor," said Ms McCullough. "She was on her children's school committees, board of trustees, chairwoman of the Parents Centre in New Zealand."

Ms McCullough said her little sister, one of six siblings, had been riding for five years. "She absolutely loved it. It was an absolute passion of hers.

"I'm a cyclist. I was knocked off my bike twice last year."

Mrs Farrelly's death follows allegations of a road-rage attack near the town in February. A dairy farmer has been charged with wounding with intent to cause grievous bodily harm after, the police say, he got out of a ute, and chased cyclist and Ironman New Zealand race entrant Alistair Slade.

Another Ironman entrant - Aucklander Glen Cornwell - needed back surgery after his bike was hit from behind when he was riding in the Waitakere ranges in January.

On average, around 10 cyclists were killed a year in crashes with motor vehicles on public roads, the Ministry of Transport said.