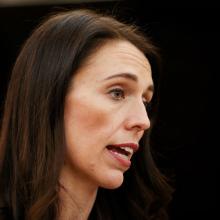 The reforms – passed under urgency in the House yesterday – provide businesses with more than $3 billion in tax relief.

The package takes the total amount Government has, and is planning to, spend to more than $23b.

And, with the Government's "recovery Budget" just over two weeks away, Minister of Revenue Stuart Nash says there is more support to come.

Finance Minister Grant Robertson has previously stated that the Budget will contain "significant" new measures for businesses to help them recover from Covid-19.

But at the moment, it's a game of wait-and-see – Prime Minister Jacinda Ardern would not go into detail about her Government's Budget plans when asked yesterday.

As the Government continues its economic fight against Covid-19, its health response looks to be on solid footing.

There were just three new cases of Covid-19 yesterday – the 13th day in a row where the number of new cases has been in single digits.

There were no additional Covid-19 related deaths yesterday and director general of health Ashley Bloomfield revealed that 83% of all confirmed cases have now recovered.

Speaking to media yesterday, Ardern was optimistic about another day of low new cases but continued to advise people to act as if they have Covid-19.

"We all have a responsibility to make this new phase of this Covid-19 response work."

For 400,000 New Zealanders, that means returning to work.

But many businesses will remain closed until at least the end of level 3.

Ardern said the tax changes passed yesterday will help businesses that are struggling.

The measures include a $3b tax loss carry-back scheme that will allow a large number of businesses to access their previous tax payments as cash refunds.

Essentially, according to Nash, this means a forecast loss in the current financial year can be offset against the tax paid on a profit from the year before.

The omnibus bill also has measures to support commercial tenants and landlords and $25 million for further businesses support over the next year.

Nash said the tax plan, and its speedy passage through Parliament, means cash could start flowing to businesses via the tax system as early as next week.

The tax bill had unanimous support in the House.

"Many small and medium enterprises (SMEs) are feeling the pain now. We are moving urgently to get cash into their hands as quickly as possible," Nash said.

The tax package changes are in addition to the Government's more than $10b wage subsidy scheme.

Ardern said yesterday that a lot of that money was going to helping small and medium-sized businesses across the country.

She pointed out that those businesses receiving the subsidy have all had their revenue cut by at least 30 per cent because of Covid-19 and the lockdown.

And she had a message for New Zealanders, now the country is in level 3 and able to buy takeaways: people should be supporting local businesses.

People have flocked to fast-food outlets, after more than a month of home cooking.

A number of photos of people queuing outside fast food outlets surfaced on social media soon after the country went into level 3 – Ardern's warning on Wednesday was: "Keep your distance."

Yesterday, she directed her comments towards the owners of the food outlets and those who are working in the kitchen.

She said the Government expects high standards and is taking the issues "really seriously" and added that the Government will also be enforcing social distancing.

$23b additional taxes coming your way to be paid by us, our kids and our grand kids. No such thing as money for nothing.