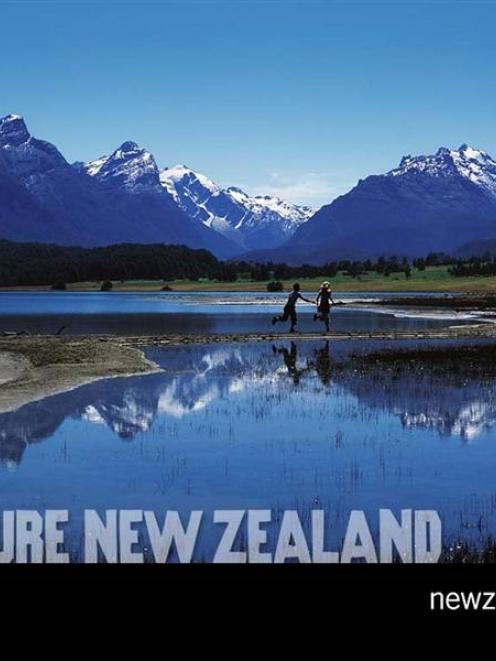 New Zealand has been accused of unjustifiably trading off its "clean, green 100% pure" image and giving a "shameless two fingers to the global community", according to a column in a leading British newspaper.

Fred Pearce, of The Guardian, was looking ahead in a column to the climate negotiations in Copenhagen next month and reflecting on what has happened to the promises made 12 years ago when the Kyoto Protocol was signed.

"My prize for the most shameless two fingers to the global community goes to New Zealand, a country that sells itself round the world as `clean and green'," Mr Pearce wrote.

"New Zealand secured a generous Kyoto target, which simply required it not to increase its emissions between 1990 and 2010.

But the latest UN statistics show its emissions of greenhouse gases up by 22%, or a whopping 39% if you look at emissions from fuel burning alone.

"Some countries with big emissions growth started from a low figure in 1990. Arguably, they were playing catch-up. There is no such excuse for New Zealand. Its emissions started high and went higher.

"They are today 60% higher than those of Britain, per head of population. Among industrialised nations, they are only exceeded by Canada, the US, Australia and Luxembourg.

"In recent years, a lot of Brits have headed for Christchurch and Wellington in the hope of a green life in a country where they filmed The Lord of the Rings. But it's a green mirage."

Mr Pearce said last year New Zealand signed up to the UN's Climate Neutral Network, a list of nations that are "laying out strategies to become carbon neutral", but what it had actually promised was a "measly 50% in emissions by 2050, something even the US can trump".

"Where do all these emissions come from?" Mr Pearce asked.

"New Zealand turns out to be mining ever more filthy brown coal to burn in its power stations. It has the world's third highest rate of car ownership. And, with more cows than people, the country's increasingly intensive agricultural sector is responsible for approaching half the greenhouse gas emissions.

"You might expect the UN Environment Programme to throw New Zealand off its list of countries supposedly pledged to head for climate neutrality. Sadly no.

"These steely guardians of the environment meekly say that the network `will not be policed . . . nor will UNEP verify claims'.

"Indeed, it seems to go to great lengths to deny reality. Check the UNEP website and you will find an excruciating hagiography about a `climate neutral journey to Middle Earth, in which everything from the local wines to air conditioning and Air New Zealand get the greenwash treatment.

"After extolling the country's green credentials, it asks: `Have you landed in a dreamland?' Well, UNEP's reporter certainly has.

"He cheers New Zealand's `global leadership in tackling climate change, when the country's minister in charge of climate negotiations, Tim Groser, has been busy reassuring his compatriots that `we would not try to be leaders in climate change'."

Mr Pearce said that the "commercial greenwash" was being used to promote both tourism and dairy exports, and that the national marketing strategy was underpinned by a survey showing that tourism would be reduced by 68% if the country lost its prized "clean, green image", and even international purchases of its dairy products could halve.