They would be hashed out over the weekend and are likely to come next week.

When asked whether there would be a ban on travellers coming in from Europe - as President Donald Trump announced for travellers into the US yesterday - she said she would not rule it out.

"We have to be concerned where we've seen outbreaks in any part of the globe."

Ardern said there were significant ramifications for any decision the Government made.

Current travel restrictions in New Zealand include a ban on foreigners coming to New Zealand from China and Iran.

And people coming from Italy and South Korea have to self-isolate for 14 days, while health officials have been empowered to quarantine cruise ships and aeroplanes, if necessary.

Asked why the Government wasn't temperature testing at the airport, Ardern said the issue was that it only picked up people with symptoms and that could lead to a false sense of security.

There was a concern this would lead people to be lenient with self-isolation if they'd come from an affected country but didn't have a temperature.

Earlier, Ardern said the memorial to mark the one-year anniversary of the March 15 attacks would go ahead despite Auckland's Pasifika Festival being cancelled during the coronavirus pandemic.

Ardern is in Christchurch for the lead-up to Sunday's anniversary events.

She acknowledged that could change in the next 24 hours if advice changes, as it did with the Pasifika Festival.

She said she received advice that people were planning to attend Pasifika and return to the Pacific islands.

She once again urged anyone who felt ill to stay home.

Five New Zealanders have tested positive for Covid-19, which two probable cases, but there have been no new positive tests for five days.

The Ministry of Health said today all 252 close contacts of the confirmed cases in self isolation are being monitored daily by health staff.

It  said it had been acting and planning as if it would be a pandemic for some weeks and continued to plan and respond at pace.

The World Health Organization emphasised that countries should continue to plan to respond aggressively to this pandemic situation. 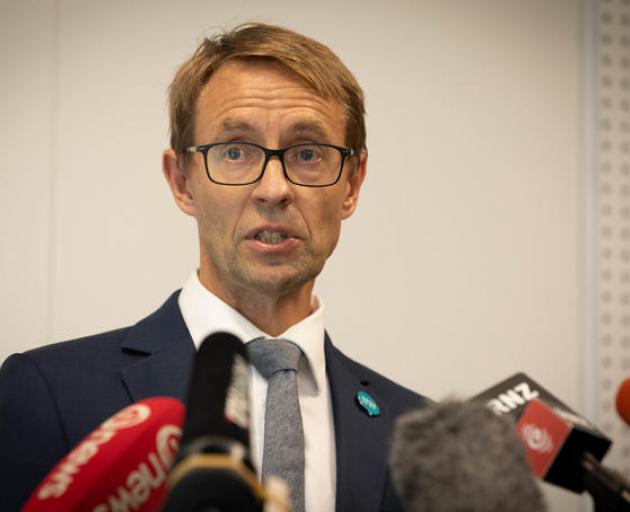 "I’d like to remind people to ring Healthline on the dedicated COVID-19 number: 0800 358 5453 or ring ahead to their General Practice if they are feeling unwell, and they'll be advised what to do," Director-General of Health Dr Ashley Bloomfield said.

Healthline continued to be busy and was coping with double the usual number of calls.

Planning was under way for scaling up the country’s ability to contact trace individuals exposed to others with COVID-19.  These measures remained critical to limit the risk of spread.

Aged Care facilities, which care for our oldest and most vulnerable New Zealanders, have been advised to ramp up their communications with visiting friends and relatives to warn anyone sick with coughs, colds or flu to stay away.

"Our key advice, which is fundamental to our response, is not putting yourself or others at risk if you are unwell.

"This means not going to work or going to places where there are other people if you are sick. All of us have a role to play in stopping further spread. I need to emphasise how critical this is as New Zealand responds to COVID-19," Dr  Bloomfield said.

"This is particularly important for concerts and other large gatherings we have coming up, including this weekend. Please stay home if you’re unwell."

My heart goes out to the people effected by the despicable criminal acts of the lowlife who killed all those people in Christchurch last year, nevertheless ...

It is not surprising that the government has said this gathering will go ahead in spite of the public health risks giving the number of photo opportunities that are likely to come out of it for Jilinda. This is incredibly important in election year.

Whilst everywhere else in the world large public events are being cancelled, Jilinda clearly understands the lost opportunities if this one is cancelled.

For some days the numbers of people diagnosed with coronavirus in Australia has been growing and that country has itself introduced strict border controls. Meanwhile, people from Australia have been free to come over here, and just yesterday two cruise ships docked at Port Chalmers carrying nearly 4000 people between them, and many of them poured into Dunedin. Some were Australian (as I heard at a set of lights while waiting to cross), and no doubt many others had been to or came from countries that are now in pandemic mode. Why is this being allowed to happen? If any of these people were carriers, the city was put in totally unnecessary danger. The border controls need to be in place NOW, not when it's too late. It's useless waiting until the disease takes hold, it needs to be prevented from arriving at all. Time to get tough.