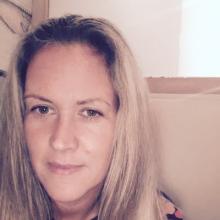 Mrs Patterson has been a NZ First board member for a year.

NZ First members were recently notified of the change by email.

"The board of New Zealand First has accepted a medical leave request from the president, Mr Lester Gray, and has appointed Mrs Jude Patterson as acting president until Mr Gray recovers,'' the email said.

"The board members extend our best wishes to Mr Gray for a speedy recovery.''

Mrs Patterson is expected to hold the position until the party convention, to be held in Christchurch from October 18-20.

"To be honest, I haven't really thought that far ahead,'' Mrs Patterson said when asked if she would put her name forward for president next month.

Leak fires up calls for Level 1

'No stigma' - Health boss asks Kiwis to be kind