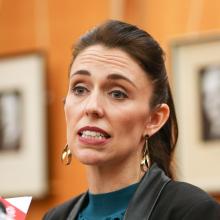 Jacinda Ardern
Prime Minister Jacinda Ardern will support Green MP Chloe Swarbrick’s bill on medicinal cannabis, saying she wants a debate on whether the law should be more liberal than a Government bill will achieve.

A Government bill which provides for people with terminal illness to have a legal defence for using medicinal cannabis will go before Parliament today and Swarbrick’s more liberal bill will be debated tomorrow.

Its fate seems likely to depend on NZ First and National MPs, both of which were considering it at caucus this morning.

Ardern said the Government bill was an improvement on the current position but many would have liked it to go further.

“Chloe Swarbrick’s bill is an opportunity for those people of that view to have that debate. I want that debate to happen in this Parliament so I will be supporting it to select committee.”

The Government bill was a compromise to ensure it had NZ First support to pass. 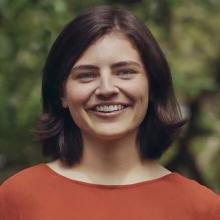 “The Government bill forms a consensus across three parties as to how far they are content to go and we can guarantee the numbers for that bill.

“Chloe Swarbrick’s goes a step further and we want to test whether there’s an appetite in Parliament to do that.”

Swarbrick’s bill would allow those with terminal illness or in chronic pain to use - and grow - cannabis for medicinal use.

It has the backing of former Prime Minister Helen Clark who tweeted in support of it earlier this week.

Clark was recently appointed to the Global Commission on Drug Policy, a prominent drug reform panel.

National and NZ First were due to discuss Swarbrick’s bill in caucus meetings on Tuesday morning.

National is likely to treat it as a conscience issue and allow MPs to cast their votes according to their personal preference, but MPs were not saying which way they would vote prior to caucus.

It will be a conscience issue for the Labour caucus.

Finance Minister Grant Robertson also said he would support Swarbrick’s bill saying the issue needed to be considered in the broadest terms possible.

“My personal view is that medicinal cannabis has got an important role to play in supporting people who are in chronic pain and who are terminally ill.”

Transport Minister Phil Twyford was also a supporter. “My middle name is Stoner. So that’s a yes.”

Thank goodness we have a Labour government capable of dealing with the big issues.

I hope Swarbrick’s political achievements go on to extend beyond legalising dope and attending student demonstrations. I had high expectations of her bringing focus to significant environmental issues that have been ignored by Labour and National for years and need addressing