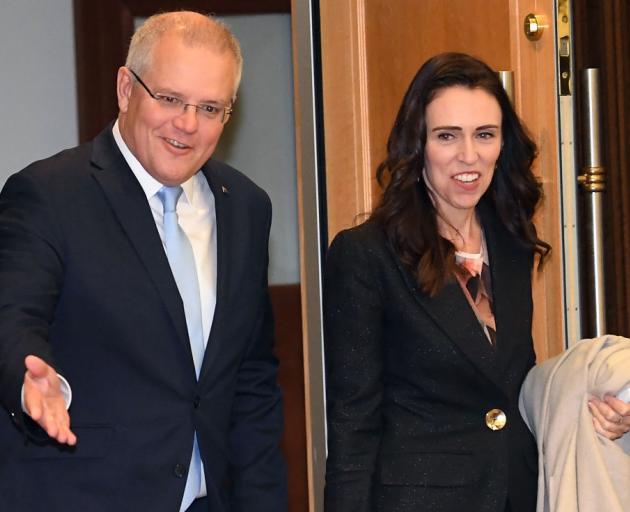 Although Ms Ardern’s meeting with Australian Prime Minister Scott Morrison was not an official bilateral meeting, Ms Ardern put the spotlight on the meeting by saying she intended to bring up an issue which was having a ‘‘corrosive effect with our relationship’’.

She is not happy that some people, who have little connection with New Zealand, are still being deported.

After speaking with Mr Morrison, she called the policy ‘‘unjust and unfair’’.

The issue was raised with Mr Morrison, and Ms Ardern said he had ‘‘registered’’ the concerns.

However, Australian Home Affairs Minister Peter Dutton came out a lot stronger earlier in the day.

‘‘Where we have Australian citizens who are falling victim in certain circumstances where people are sexually offending against children, for example, we have had a big push to try to deport those paedophiles and people who have committed those crimes,’’ he told the Nine Network.

‘‘I believe strongly that the Australian people would support that stance as well.’’

Ms Ardern clearly disagrees and said New Zealanders would look at the policy and would not think it was ‘‘fair dinkum’’.

She promised to continue to raise the issue.

‘‘I don’t think just because we haven’t seen movement, it’s an issue we should drop.’’

She said she would continue to do so, ‘‘regardless of whether or not I see any positive moves on Australia’s side’’.

Despite her setback with Mr Morrison, Ms Ardern said the trip was ‘‘absolutely’’ a success.

Her talks with businesspeople and investors were a highlight, she said.

At a business breakfast on Friday, Ms Ardern talked up the relationship between New Zealand and Australia.

Her message was similar when she met a group of investors at a New Zealand Trade and Enterprise lunch the previous day.

‘‘You are helping New Zealand to thrive,’’ she said.

At both events, she encouraged investment into New Zealand’s small and medium businesses.

Despite the smiles and friendly words, there was a dark shadow hanging over the business end of Ms Ardern’s trip.

Australian fund managers appear to be shocked by the Reserve Bank of New Zealand’s stance on increasing banks’ capital buffers.

Business people have been raising concerns, and questions remain as to whether it might damage the two countries’ commercial relationship.