Police Commissioner Broad to step down 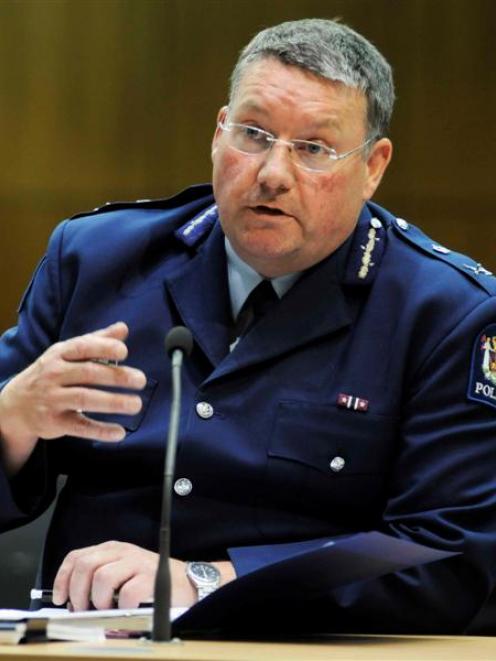 "Several months ago I spoke on the subject with the Minister of Police (Judith Collins) in the context of discussions around the appointment of a deputy commissioner of police, and then again 10 days ago," he said.

"On both occasions I have advised the minister that I do not seek another five year term as commissioner of police."

Mr Broad said the job was both demanding and very rewarding.

"Changes which have been made under my watch which include the significant review of the Police Act in 2008 will require reinforcement and the addition of fresh ideas.

"There's a range of new initiatives which are unfolding to position New Zealand police for the future.

"I remain extremely proud of the police and staff, and I'm confident that our organisation is well placed for the future."

Mr Broad, a 35-year police veteran, was appointed commissioner in 2006.

Born in 1957, he joined the police as a cadet in 1975 and later graduated with a law degree from Victoria University in Wellington.

When then police minister Annette King appointed him commissioner he was tasked with rewriting the Police Act 1958 and that aim was achieved in 2008 with the Policing Act 2008.

Among the controversies during Mr Broad's term have been the Commission of Inquiry into police conduct which saw a number of former police officers and more than one high profile serving officer charged with sex offences.

In 2007 the police carried out what were termed anti-terror raids in the eastern Bay of Plenty, and in the aftermath various groups, including the Maori Party and Ruatoki residents, called for his resignation.

Mr Broad said later that he could understand the hurt people were feeling and he regretted that.

Under his leadership the police carried out trials of Tasers before he authorised their general use in August 2008.