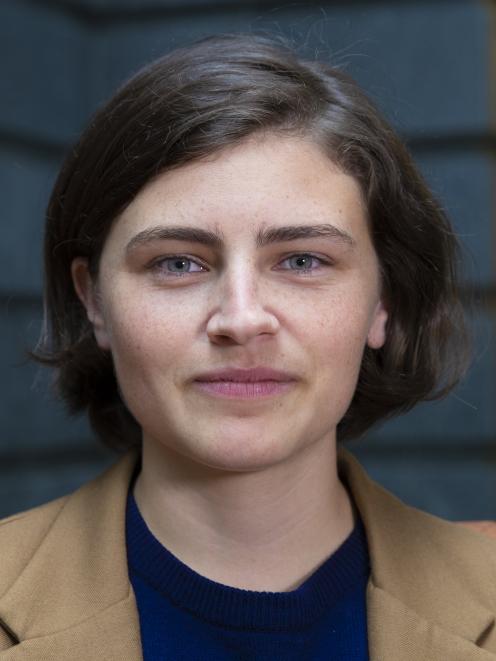 Chloe Swarbrick.
The election campaign has not officially begun, but it is under way in all but name.

A choice of political parties and candidates is not the only decision voters have to make this election.

As well as a general election on September 19, there will be two referendums: on the End of Life Choice Bill and the Cannabis Legalisation and Control Bill.

In Dunedin, campaigning on those push-button issues is already in motion.

Anyone who has taken even a cursory glance at the Otago Daily Times letters page in the past few weeks will have spotted that what looks like an orchestrated debate has been raging therein on the issue of euthanasia.

Meanwhile, the University of Otago this week hosted two events canvassing opinion on cannabis use.

Arriving at campus for the Debating Society debate on the issue, it is obvious to see why drug use is a big issue for students: on the other side of Albany St flies a large banner advertising OUSA's drug checking service.

While the referendum is about softer substances, when studies suggest 80% of New Zealanders under 21 have tried cannabis there is every chance most of the people in a ram-packed Union Hall are bringing a personal perspective along with them.

Representing the affirmative were Green MP Chloe Swarbrick and University of Otago Christchurch Health and Development Study director Joseph Boden, while for the negative were US author Alex Berenson, in NZ on a Family First-sponsored visit, and a slightly mystified Dunedin National list MP Michael Woodhouse.

Mr Woodhouse claimed to not have known until he arrived that he was on the negative side, as the referendum is an issue he genuinely remains undecided on — although his assertion that he was on a journey of discovery sounded a bit like something someone who had smoked a few joints of late would say.

This was a refreshingly open and engaged debate; none of the four panellists dissembled when asked if they had smoked cannabis.

Mr Woodhouse got one of the bigger laughs by saying he had first indulged while studying at the University of Otago.

All panellists were also prepared to find common ground on harm minimisation and controls over sale if the drug is legalised.

The most fiery clashes were between the respective experts and their differing views on drug harm.

Ironically, the two MPs — supposedly at opposite ends of the political spectrum — were often in agreement, bar some sparring over past legislative battles.

As Mr Woodhouse said, he is more socially liberal than he is generally given credit for and he stood to be persuaded in favour of legalisation by a compelling argument.

However, he also noted that while the room — going by its demographics — was almost certainly in favour of legalisation, their parents were likely worried and not quite so sure, and he shared many of their concerns.

For "yes" to win this referendum, it will need to bring the Michael Woodhouses of this country on-side.

No vote was taken at the end to find a winner, but it was interesting that almost as many students came up to talk to Mr Woodhouse afterwards as did to talk to Ms Swarbrick.

That is hardly a scientific indicator, but it is perhaps an anecdotal sign this might be a closer-run argument than some expect.

Mr Woodhouse is not the only Dunedin MP who has been pondering the cannabis reform issue.

A few weeks ago Dunedin South Labour MP Clare Curran mused, in a thoughtful post on facebook, that the proposed regime, if legalisation was agreed to, seemed more about wanting to control already existing drug use than promoting it.

"In my late teens, and well into my 20s I smoked marijuana socially occasionally," Ms Curran said.

"I also used it for intense period pain, which really helped. I knew (and still know) many people who occasionally smoke it.

"Cannabis is no longer a part of my life ... but I'm glad we've reached this point in our society where we can discuss its use openly."

And, as Mr Woodhouse and co demonstrated this week, debate it in a civilised and thoughtful manner as well.

If the debate on the referendum issues remains this considered, respectful and considerate, there may be a worthy contest of ideas in the months ahead.

While National’s health spokesman and the Health Minister may have different views on how the health system is run, preventing people dying prematurely from heart disease is something they can definitely agree on.

Naturally www.odt.co.nz was your go-to for up-to-date news on the recent Southland floods, but a fairly decent second option would have been the social media feeds of the MPs in the affected area.

Sarah Dowie, Liz Craig and Hamish Walker’s facebook pages contained a constant stream of updates and live briefings, and Mr Walker is still firing out calls for the clean-up to be accelerated. 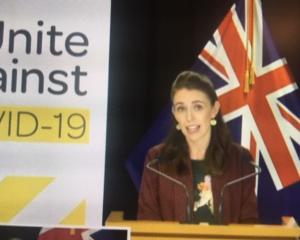 Many National Party voters in Dunedin North give their electoral seat vote to the socially conservative David Clark. Perhaps Michael Woodhouse should reflect on that one.