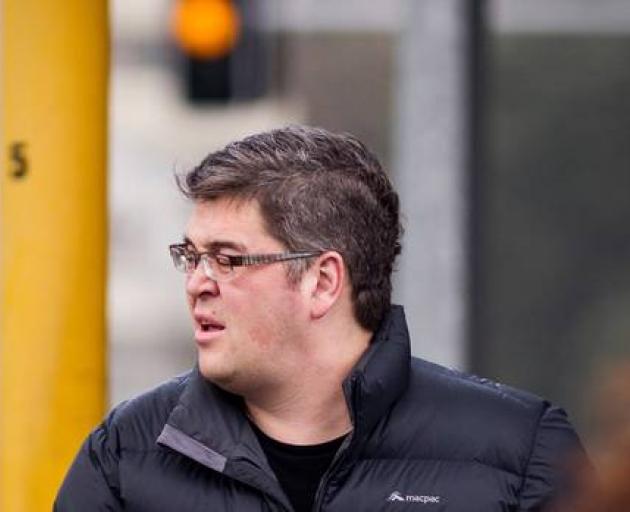 Convicted fraudster Alex Bergen goes by many aliases. Photo: NZME
A prolific conman and sex offender jailed for his latest swindle has dropped a long-running fight to keep his names a secret.

It has helped him move around New Zealand for years and spin yarns to inveigle his way into people's lives and, inevitably, their pockets.

He has claimed to have been a super-yacht owning Harvard graduate and multi-millionaire, confidant to Saudi princes, World Bank tax analyst, long-running member of the New York State Bar Association, and grandson of a top surgeon who once saved the life of Fidel Castro's wife.

But after his latest downfall – a business fraud – and Bergen argued for permanent name suppression after a dubious sob story, Christchurch District Court Judge Tom Gilbert wasn't falling for any of his old tricks.

The judge said the public needed to know who he is, in order to protect themselves from an "inveterate fraud" with a penchant for big lies.

Bergen was arrested in Auckland on July 5 last year.

The 42-year-old was initially granted interim name suppression by Judge Allan Roberts at Auckland District Court when he first appeared on charges laid by Ministry of Business, Innovation and Employment (MBIE) of making false statements in company registration documents.

He then ripped off 2degrees for tens of thousands.

He wanted to keep his name secret, but after a protracted series of hearings at Christchurch District Court, Judge Gilbert refused him name suppression. The judge saw through many of his claims.

"You, Mr Bergen, are an inveterate fraud," Judge Gilbert said, adding that he "lives the life of a conman".

His observations mirror previous parole reports which have detailed him as a narcissist and "prolific high-risk confidence man".

In 2003, he was pulled over in a taxi near Kaikoura wearing the robes of a priest and carrying a stolen credit card.

"He cut a dashing figure in those vestments, and he'd convinced all these people he was a priest," said the police officer who arrested him.

During the suppression hearings, experienced local defence counsel Colin Easson asked to withdraw from representing Bergen after saying he was being asked by his client to do things he felt were "unethical".

Bergen tried changing his name to Barnaby Gordon just before he was convicted.

Judge Gilbert checked who he was speaking to in the dock: "So, your name is Barnaby Gordon?"

"I think so," the serial con artist replied.

"You think so?" asked a bemused judge.

The constant name changes have helped him to continue to offend, he added.

"For that reason, suppressing your name is very much contrary to public interest. The public has a right to know about you," Judge Gilbert said.

Bergen had claimed that he'd changed his name again to Bauer, but couldn't provide any proof.

"The difficulty with you Mr Bergen is one doesn't know when you are telling the truth and when you are not," Judge Gilbert said.

"You, in making the assertions to me in the past, were simply trying to mislead me to your own ends."

Bergen challenged the decision at the High Court.

This morning, Bergen, in prison clothes, ate a sandwich in the custody booth before he appealed via audio-visual link to Justice Francis Cooke.

At the outset of the hearing, the court heard that he was no longer pursuing the suppression appeal, but rather, was appealing against his sentence imposed of two years and three months imprisonment on October 18 last year, querying his prohibition period.

His latest lawyer, Trudi Aickin, told the court that Bergen had voluntarily returned from overseas to New Zealand to face the charges after being told he was being investigated.

Bergen says he does not need to remain in New Zealand following his release from prison, Aickin said.

And he claims to have access to cryptocurrency funds that he could cash-in after his release from prison.