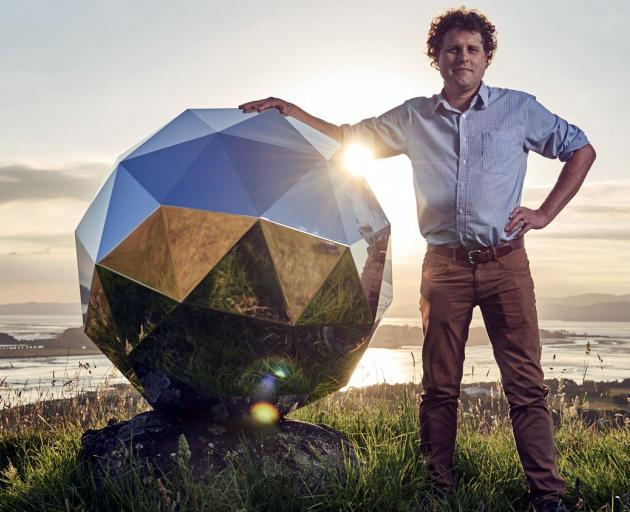 The oversize carbon fibre sphere, which has been repeatedly compared to a “disco ball”, became New Zealand’s first satellite when it was successfully put into orbit on Sunday.

The feat has divided the internet and astronomers around the world.

It drew ire from New Zealand astronomer and director of Otago Museum Ian Griffin, who tweeted that New Zealand’s first act as a space-faring nation has been to pollute the night sky for all mankind.

Worrying that Rocket Lab’s “humanity star” will not be bright enough to be truly stunning but plenty bright enough to annoy astronomers and people who dislike cheesy stunts.  (But peak brightness depends on spin rate, so YMMV on the first)— Richard Easther (@REasther) January 24, 2018

However, George Sowers, former chief scientist and vice president of United Launch Alliance - a joint venture of Lockheed Martin and Boeing - praised the feat and welcomed New Zealand to what he said was a short list of countries with a successful launch system.

“Very nice launch. My heartiest congratulations to the Rocket Lab team,” he said.

Rocket Lab chief executive Peter Beck previously told the New Zealand Herald he hoped the Humanity Star would become “one of the brightest objects in the night sky”.

Speaking to the Herald this morning, Beck said the goal of launching the Humanity Star had been to create discussion about the challenges facing humanity and how humans act as a species.

“The whole point is to get people talking as a planet and I think we’ve achieved that. If you’re going to do something big some people will love it and some people won’t love it and it’s all about sparking the conversation.”

Rocket Lab had been monitoring how people reacted to the launch of the Humanity Star. Beck said positive messages had exceeded negativity at a ratio of about nine to one.

“Although there are a few people that it doesn’t sparkle with them the vast majority of people are inspired. It’s just incredible to see how many people have been thinking and pondering about it.”

Enjoy this sight while you can still can. For the next nine months a flashing disco ball (NZ light pollution project) is going to flash across it. “For Humanity” #nonsense pic.twitter.com/XxfmdEphOa— Ian Griffin (@iangriffin) January 24, 2018

Beck said Rocket Lab had been careful where the Humanity Star had been put into orbit and hadn’t intended to offend astronomers.

The satellite could only be seen at dawn or dusk and was yet to be spotted, he said.

Beck told the Herald he hoped people would reserve judgement on the Humanity Star until they’d seen it.

“Time will tell. I think once people actually see it and get to experience it that’s the time to judge it. I think with time people will see that it doesn’t attract quite as much effect as a few people are concerned about.

“To put it into context there’s lots and lots of other stars, like the International Space Station and things, that are there and it’s not that much of a problem.

“If it was this massively bright shining object that was destroying the sky then we would have had at least one sighting of it around the world.”