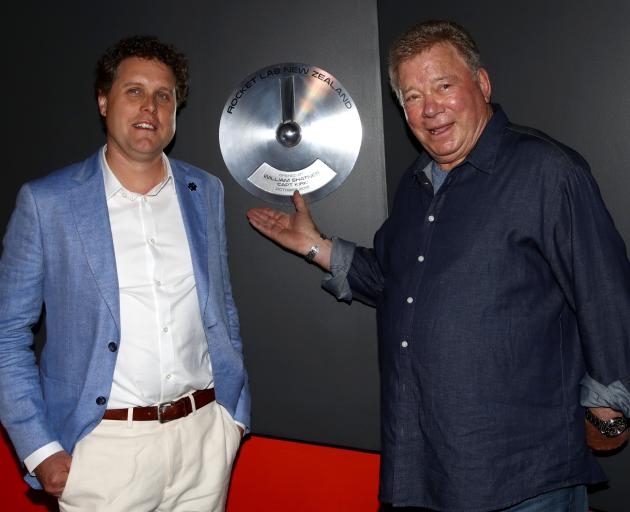 It sounds like a terrible pun, but Rocket Lab chief executive and founder Peter Beck says it is the only way he can describe the past 12 months.

The year was a watershed one for the Invercargill-born-and-raised engineer, scientist and rocket builder, who delivered on many of the things that have been promised for the space industry for decades.

"In our industry, regular, frequent, reliable, small launches is something that has been promised for as long as I can remember, and this year we proved that it can be done.

"We went to orbit three times this year and deployed 24 spacecraft into orbit.

"Nobody in their first year of operations in history has flown into orbit three times and delivered that many spacecraft."

The achievement that "topped off" his year was the quick turnaround of his most recent launch on December 16.

Peter Beck shoots down Princes St, Dunedin, on his rocket-powered bicycle.
It came just over a month after the previous launch.

"And we’ll be ready to launch again in January."

Mr Beck founded Rocket Lab in 2006 following a decade and a-half of propulsion research and market development in the international space community.

Since then, he has established Rocket Lab in both New Zealand and the United States as a premier institute for innovative space systems.

He has had a passion for powerful engines since childhood, which some may have seen as a slightly quirky fascination.

When he told his high school careers counsellor he wanted to build rockets when he grew up, the counsellor called a meeting with his parents, concerned that his dream job was "absurdly unachievable".

Undeterred, the young Peter Beck spent a lot of time tinkering in the family garage, on things like supercharging an old Mini.

He left home at 17 to become a tool-making apprentice at Fisher & Paykel, in Dunedin.

While working there, he used the company workshop to experiment with rockets and his passion only grew.

One wonders if he got a talking to from his bosses when he shot up Princes St one day on a rocket-powered bicycle. He certainly drew a large crowd.He was later employed at Industrial Research (now Callaghan Innovation), where he worked on smart materials, composites and superconductors, before starting Rocket Lab. 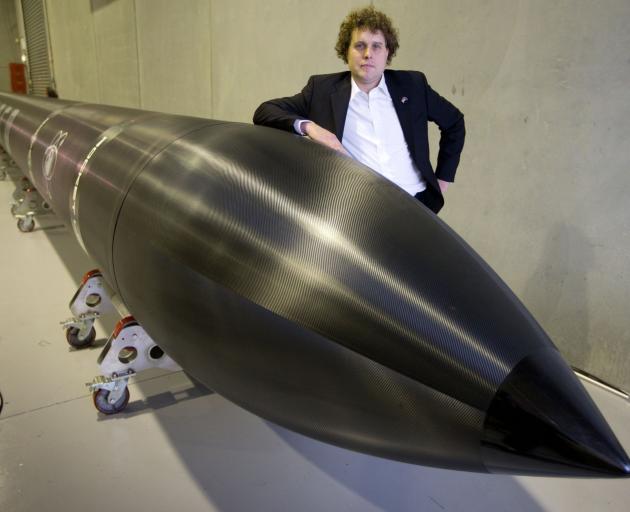 Rocket Lab chief executive Peter Beck at the unveiling in 2014 of Electron, the world’s first carbon-composite launch vehicle.
Like a rocket, once Peter Beck gets moving, he’s hard to stop.

That is probably why last year was so busy for him.

On January 21, Rocket Lab successfully reached orbit with the test flight of its second Electron orbital launch vehicle from its launch complex on the Mahia Peninsula in New Zealand.

The rocket had a new "apogee kick stage" which enabled it to restart its liquid propulsion engine (Curie) and shut down again to deploy two satellites into circular orbits.

The successful launch made Rocket Lab the second private company to launch to orbit and made New Zealand the 11th nation to put a payload into orbit.

On October 17, Rocket Lab confirmed it would build its first United States launch pad for the Electron rocket at Nasa’s Wallops Flight Facility in Virginia.

Named "Launch Complex 2", it will be capable of supporting monthly orbital launches and is designed to serve United States Government and commercial missions.

The option to select either the United States or New Zealand launch site added an extra layer of flexibility for small satellite customers, offering as it did an unmatched ability to rapidly deploy space-based assets with confidence and precision from a preferred location, Mr Beck said.

Then on November 11, Rocket Lab launched another seven payloads into orbit, as part of a mission named "It’s Business Time".

It marked the company’s second successful orbital launch and deployment of customer satellites.

One of the payloads onboard was NABEO, a drag-sail technology demonstrator designed and built by High Performance Space Structure Systems to passively de-orbit inactive small satellites and reduce space junk.

Soon after, on December 16, Rocket Lab launched its third orbital mission of 2018, successfully deploying satellites to orbit for Nasa.

Between the November and December launches,  the company raised more than $206 million, bringing the total amount of capital raised for the business to about $500million, Mr Beck said.

It would all go into research and development and the company was now worth more than $1.48 billion.

The company had three large research and development projects  it would announce soon, and by the end of next year, it planned to launch payloads into orbit every two weeks.

The demand was certainly there because there had been tremendous growth in the small satellite industry, he said.

"Countries need weather satellites, they need communications and things for infrastructure that we take for granted in our everyday life.

"We see a wide variety of payloads, from a high school student’s payload through to detailed scientific missions for Nasa."

You would think anyone who has achieved as much as him in the past year would rightly marvel at their own accomplishments.

But not Peter Beck, so driven is he.

"I don’t want to sound arrogant, but this was always the plan.

"If anything, we’re slightly behind schedule. There’s a lot more to come. We’re just getting started. It’s just starting to get exciting.

"I’m incredibly proud of the team for getting us here. You can’t begin to imagine the calibre and dedication of the people that we have here."

Given there is a significant chunk of New Zealand’s population who dream of going to space, the question had to be asked: Were there any plans to put people in your rockets?

"Definitely not. We have no aspirations for human space flight.

"I think we can affect many more people down on the planet by building this space infrastructure that’s there to serve them."