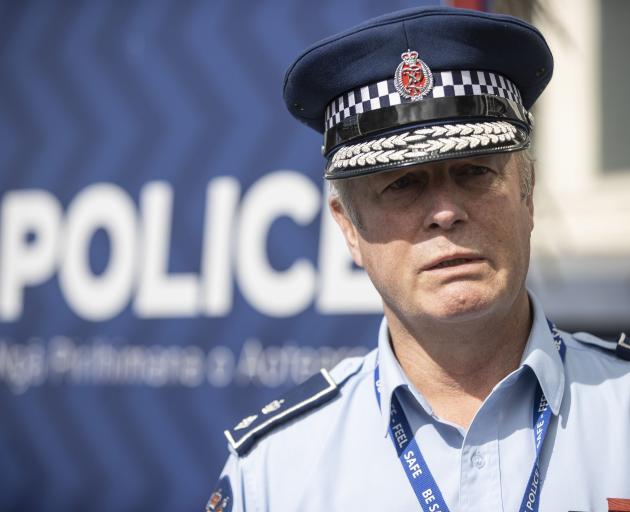 Canterbury District Commander Superintendent John Price. PHOTO: NZ HERALD
A woman making her way home from work on Saturday afternoon in Christchurch was stabbed to death in what police called a horrific, traumatic and random attack.

Canterbury district commander Superintendent John Price confirmed a 37-year-old man had been charged with murder after the death of the woman.

He will appear in court today.

The victim, in her 50s, was not known to the offender.

It was a horrific, traumatic and random attack on an innocent person who was simply making her way home from work, he said.

The suspect is known to police.

Supt Price said police’s thoughts were with those close to the victim, who were dealing with the loss of a partner, mother, friend and colleague.

Police said they would not release further details of the victim until all next of kin had been notified.

"I want to reinforce that this was an isolated incident and we are not seeking anyone else."

He also wanted to reassure residents of police’s presence in the area as they conducted a scene examination and looked to speak to witnesses. He also called for anyone who saw anything, or anyone with CCTV footage, to come forward.

The knife was found at the scene.

Emergency services were called to Cheyenne St at 4.20pm on Saturday after reports a woman had been stabbed in the street, he said.

Staff arrived soon afterwards and gave assistance to the woman, who had been critically injured.

"She sadly died at the scene."

The man was found nearby by police and taken into custody.

A second man was taken into custody but was later found to be a family member of the man and was released.

The woman had caught a bus and was walking from the bus stop when the attack happened.

The brother of the suspect turned up shortly after the incident occurred.

Other agencies would be involved in the investigation as police wanted to get a total picture of the motive, means and manner, Supt Price said.

Supt Price then spoke about a police shooting in Kaiapoi on Saturday night.
Police were alerted to a report of a man allegedly threatening a member of the public with a metal bar and a knife in Williams St near Ohoka Rd about 7.20pm.

He attacked a police car with the metal bar when officers arrived.

He was not co-operative with police, and tactical options including taser, OC spray and communication were deployed multiple times, Supt Price said.

But they had no effect on the man or his behaviour.

He then went into a private residential driveway and police kept talking to him.

After a further period of negotiation, police fired multiple shots, injuring the man.

Police gave medical assistance to the man before he was rushed to hospital. He is still there in a serious but stable condition. Surgery was completed this morning.

"If you have any CCTV footage or cellphone footage, contact police on 105."

Officers were still getting support, "as this will have a huge impact on them and their whanau".

"This isn’t the outcome anyone wanted to happen."

The man’s family has been notified and are being supported.

His identity cannot be revealed at this stage. The Independent Police Conduct Authority (IPCA) has been notified, while a police investigation and a critical incident inquiry is also under way.

Supt Price did not know how many officers fired shots.

It unfolded over 15 to 20 minutes, from when police first came across the man to when the man "advanced on police and they have used firearms at that stage".

He was struck in the abdomen, chest and limbs.

The individual was known to police, Supt Price confirmed.

"The last thing any police officer wants to do is to have to use firearms."

Supt Price stressed the two incidents were not connected. 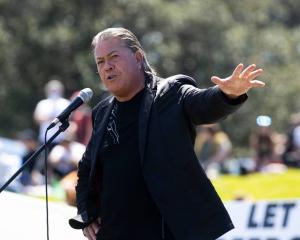