Gable Tostee, the Australian man acquitted of the murder of Kiwi tourist Warriena Wright, says he's been ``kicked out'' of a Facebook discussion group about the case. 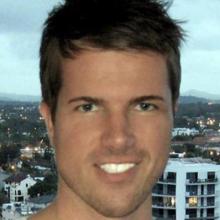 Funny how they prefer not to have the topic of their own discussion present,'' he wrote in a Facebook post.

Tostee, who now goes by the name Eric Thomas, voluntarily joined the group to answer members' questions about the case, news.com.au reported yesterday.

The posts were made from a profile under his new name Eric Thomas. Tostee changed his name after he was charged with Wright's murder.

When asked why he had Ms Wright's mobile phone in his pocket after he left the apartment following her death, Tostee said: ``To be honest I don't know''.

``Only reason I can think of is that I took it by mistake as I rushed out of the apartment. I didn't even realise I had it until later when I was in the car. It was turned in to police later that day and forensically examined for signs of tampering obviously,'' he wrote.

Tostee was also grilled on what one discussion participant had perceived as a lack of remorse, and hit back hard.

"Completely false. I assume you never read my open letter from 2014? Or any of my public posts on Facebook? Or the fact that my lawyers prevented me from reaching out?" he wrote.

"You also need to remember that not everything I do or say is in the context of Warriena's death, which let's not forget I was fully acquitted of."