'Truly desperate' - Bridges blasts back at Collins, Nats in crisis 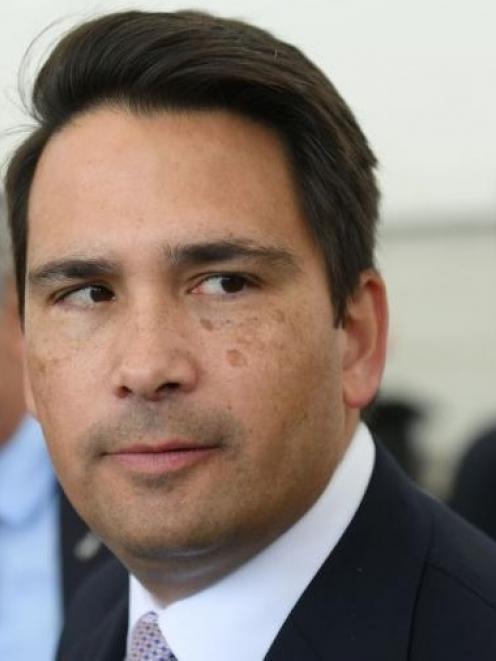 Simon Bridges. Photo: Getty Images
National MPs are mounting a no-confidence motion against leader Judith Collins when caucus meets at 9am. They are expected to have a strong majority.

It is understood demoted MP Simon Bridges himself may not go for the leadership today but some MPs want deputy leader Shane Reti to stay on as acting leader for a period of about 48 hours to allow more time for MPs to consider the issue.

Bridges today publicly attacked a "truly desperate" Collins, who is also now under fire from many of her furious colleagues.

However a defiant Collins insisted she would still be the leader by the end of the day.

"It's a matter of principle. Every woman and every man should feel safe in their workplace.

"What is really important is that you don't deal with allegations by sweeping them under the carpet."

Her announcement blindsided her MPs, who will gather for a caucus meeting at 9am today. One MP described her actions as "deeply disrespectful".

The Herald understands Bridges has no intention of resigning.

The MP who laid the complaint against Bridges is understood to be Jacqui Dean.

It is understood to relate to crude comments Bridges allegedly made at a function about five years ago.

Bridges is understood to have been talking with a group of about three fellow MPs, including Jami-Lee Ross and Todd McClay, when Dean walked past and the Tauranga MP called to her and made the comment. 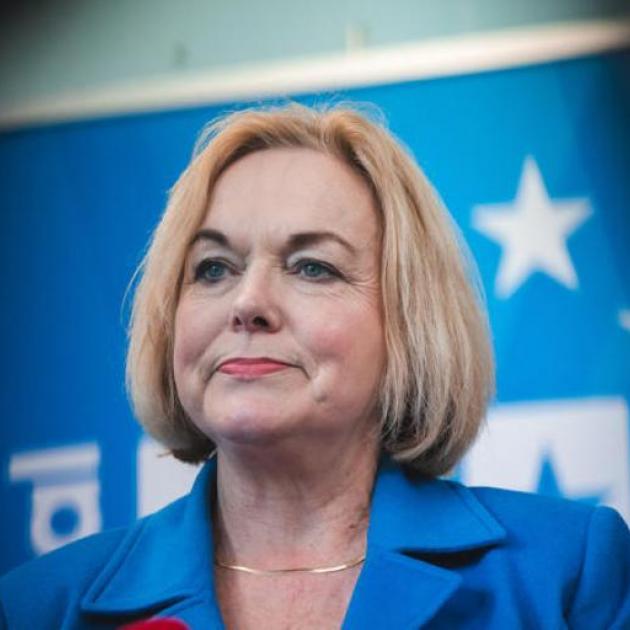 Judith Collins. Photo: RNZ
Dean complained about it at the time and Bridges was spoken to. Bill English was the deputy leader of the party at the time.

Dean, who is the MP for Waitaki and has been in Parliament since 2005, has been approached for comment.

National MP Simon O'Connor said today: "One thing clear to me is that Judith Collins must resign."

He said her behaviour amounted to "bullying" and was damaging the party.

The allegations had to be looked at "but the way the leadership has dealt with this is beyond appalling."

He was surrendering his portfolios this morning: "I cannot work with Judith Collins."

He told Newshub that MPs, including Bridges, had been "blindsided" by Collins' statement. last night

"Completely flying blind. No one has actually spoken to caucus and briefed us and talked us through it," he said.

Chris Bishop refused today to answer whether or not he would challenge for the National leadership.

He was asked repeatedly and answered by telling RNZ he was focused on ending MIQ.

He said Collins could now face a vote of no-confidence at today's 9am caucus meeting.

Demoting Bridges was a "clear play" by Collins to sideline Bridges because he posed a leadership threat, Soper said.

He understood the comment Bridges made was not directly to Dean but she had heard it.

The comment related to a sex technique to conceive a girl, Soper said.

Bridges had apologised when spoken to by Bill English.

'National Party will not tolerate harassment and intimidation'

In a written statement last night Collins said: "This evening, with unanimous support of the board of the National Party, Simon Bridges, Member for Tauranga, has been demoted and relieved of his portfolio responsibilities.

"The decision follows an allegation of serious misconduct relating to Simon Bridges' interaction with a caucus colleague."

It comes as speculation rises that Bridges was preparing to roll Collins as leader of the party.

It is understood Bridges and the National MPs who back him tried to call a caucus meeting on Wednesday night but Collins blocked it.

Some MPs are furious at Collins' move, saying it was a "ugly" and "f***ing ridiculous", and a clear bid to halt any leadership bid by Bridges by dredging up remarks from five years ago.

Simon Bridges has not responded to repeated requests for comment.

The written statement from Collins said the incident related to comments made by Bridges to a female caucus colleague at a function a number of years ago.

"Having been made aware of the seriousness of the complaint for the first time and the ongoing distress this has caused the complainant, I was left with no option but to immediately demote Simon Bridges and relieve him of his portfolio responsibilities," Collins said.

"This decision has not been made lightly. However, the seriousness of the situation demands a swift and decisive response.

"Under my leadership, the National Party will not tolerate harassment and intimidation of any person.

"Members of Parliament and staff should be able to conduct their duties at all times without feeling unsafe or intimidated, and all deserve to be treated with absolute respect by their colleagues in all situations."

Other caucus colleagues reacted with surprise, when approached by the Herald. One said it was a "complete stitch-up" of Bridges by Collins.

National MPs were already expected to likely have an awkward caucus meeting today after a poll showing Collins had lost the support of both National voters and the country at large.

Bridges was backed by 40.7 per cent of voters, with Collins having the support of just 23.3 per cent - the remainder didn't know.

A former Crown Prosecutor, he has held the seat since 2008.

Bridges is also a former Transport Minister and Energy Minister, and the leader of the National Party from 2018 to 2020.

As Bridges' popularity took a hit in 2020, he was ousted as leader by fellow Bay of Plenty MP Todd Muller.

It is not the first time Collins has shown a ruthless streak - in June, she called an emergency late-night caucus meeting of MPs and forced former leader Todd Muller to announce he would resign from politics after she learned he had bad-mouthed MP Harete Hipango to Newsroom.

At the time, Collins said she would not tolerate MPs' ill-discipline and bad-mouthing each other.

The Herald understands there will be a press conference at 10am today with Collins, Deputy leader Shane Reti and Dean.