Flowers were laid outside the Al Noor mosque after the shootings. Photo: NZ Herald
The United States has joined the Christchurch Call to Action to eliminate terrorist and violent extremist content online.

Fifty-one people died in attacks on two mosques in Christchurch, and another 40 people were wounded.

In a statement released this morning, US Department of State spokesman Ned Price confirmed America was now endorsing the Christchurch Call, after holding off for several years.

The Call to Action will be voluntary framework whereby governments and tech companies pledge to work towards stopping violent content from being posted online, and preventing such content from spreading so rapidly. 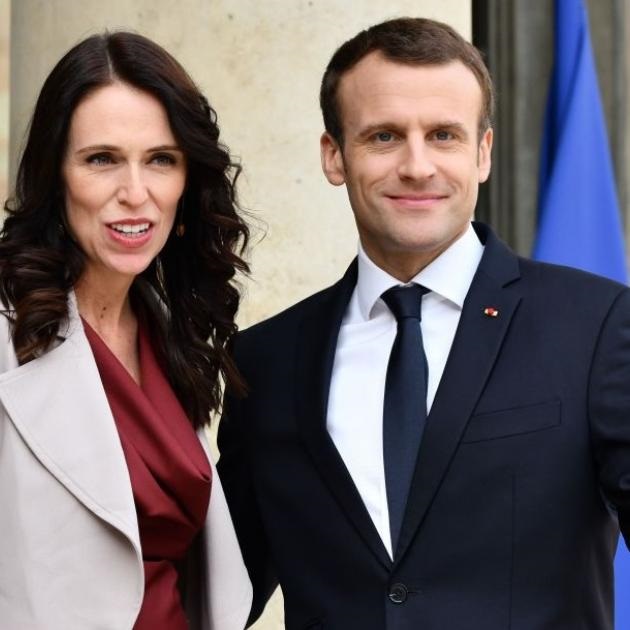 Jacinda Ardern met with Emmanuel Macron in Paris in May 2019. Photo: Getty Images
The White House had, until today, snubbed the Christchurch Call to Action, but said it stood with the international community in condemning terrorist and violent extremist content online.

"Countering the use of the internet by terrorists and violent extremists to radicalise and recruit is a significant priority for the United States," a spokeswoman said.

"Joining the coalition of governments and companies that have endorsed the Christchurch Call to Action reinforces the need for collective action.

"The United States looks forward to participating in the Christchurch Call Second Anniversary virtual summit on May 14."

The call was signed at a Paris summit in May by 17 countries, the European Commission and eight online platforms, but now 31 more countries and two more companies – including Mexico, Sri Lanka and Chile, and the Council of Europe and Unesco - have added their voices.

Until today the US had held out from signing, though it has been involved in the ongoing work.

The call's work will be driven by the Global Internet Forum to Counter Terrorism (GIFCT) - set up by Facebook, Twitter, Google (YouTube) and Microsoft in 2017 - which will become an independent body tasked with preventing and responding to terrorist and violent extremism online.

It will have dedicated teams focused on a set of goals, including looking at the companies' algorithms that potentially lead to radicalisation.

Price said today the US was formally joining those working together under the rubric of the Call to prevent terrorists and violent extremists from exploiting the internet.

"The terrible terrorist attacks of March 15, 2019 against houses of worship in Christchurch, New Zealand, and the deplorable depiction in real time of those shootings graphically demonstrated the ability of terrorist and violent extremist online content to incite violence," he said.

"We are committed to working closely with international partners who share our values and norms to prevent and counter all forms of terrorism."

Marchers express support for the Muslim community after the Christchurch terror attacks. Photo: NZ Herald
Price said the US "applaud language in the Christchurch Call emphasising the importance of respecting human rights and the rule of law, including the protection of freedom of expression".

However, in joining the call the US "will not take steps that would violate the freedoms of speech and association protected by the First Amendment to the US Constitution, nor violate people's reasonable expectations of privacy", Price explained.

"We will continue to collaborate with other governments and online service providers on a voluntary basis to support their efforts to counter terrorist content on the Internet," he said.

"The position of the United States remains unchanged and consistent with our long-standing ideals.

"Put simply, we remain of the view that the preferred way to defeat terrorist and violent extremist speech is more speech: to counter it with credible, alternative narratives that promote rather than restrict free expression."

Price said it was important to ensure governments did not abuse the call "as justification for restrictions on internationally protected human rights, including the freedoms of individuals to seek, receive, and impart information through their media of choice".

"We note the importance of technology companies developing transparent criteria and robust safeguards to ensure the application of any terms of service is consistent with fundamental freedoms.

"The urgent need to counter the exploitation of the internet by terrorists and violent extremists to promote violence should not overshadow the equally compelling need to promote human rights and fundamental freedoms, including freedom of expression, for people everywhere.

"We welcome the important momentum that the Christchurch Call has generated and look forward to continuing our work with government, technology sector partners, civil society, and other stakeholders to prevent terrorists and violent extremists from exploiting the Internet while protecting its openness, interoperability, reliability, and security. "